Last week I received this message:

Hello, I am a 2nd year film student at the University of Regina. I actually came across your blog by accident, and I'm sure glad that I did! Not only do you propose lots of good insight and ideas into filmmaking and it's various ups and downs, but you do it from a place that I can relate to. I've been having a lot of the same doubts about film school that you've described here, and it's nice to know that I'm not the only one who's felt this way. And it's also great to see someone get out of this program (degree or not) and actually GET a job, which is something that has me quite worried these days. If you have any spare time on your hands, would you mind telling me a little bit about why you decided to drop out of the program, and how you made your way into the industry on your own? I'm very interested to hear the journey of someone who's been in the same boat. You have a great blog, and I'm very eager to hear from you.

As I've done in the past, I received permission from this student to respond publicly to their message. As always, I want to thank everyone who sends me questions and feedback. It not only makes this website feel worthwhile, but it also gives me an excuse to explore what I've learnt as well. 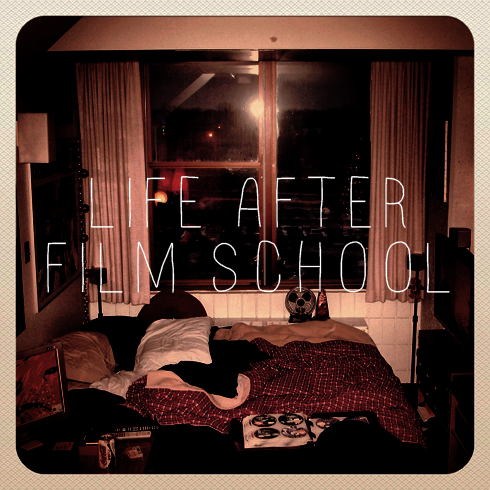 I've written at length about film school in the past, and even recently. This blog was a result of me trying to understand the direction I was heading, to facilitate a transition out of university, and to give me a bit of clout when it came to actually pointing to things that I'd done creatively. As a film student, nothing stressed me out more than the fear of not finding meaningful work when I was done.

For the record, I did enjoy a lot of my time in university and I do think there's a lot of value in a film school education. The practicality of it requires you to fill in some of the blanks however.

To answer your question about why I dropped out, I had overstayed my welcome to the point that it wasn't a choice anymore. I completed all of my core production classes through to 4th year, but had spent six years at the U of R doing so. By the time I left I only had a semester of electives, one language class, and one film theory class keeping me from my degree. I was broke though, and after completing the courses I'd come to university for, I became apathetic about school and spent months simply spinning my wheels. I was forced to realize at that point that the only thing I valued about film school anymore was being able to say that I went. 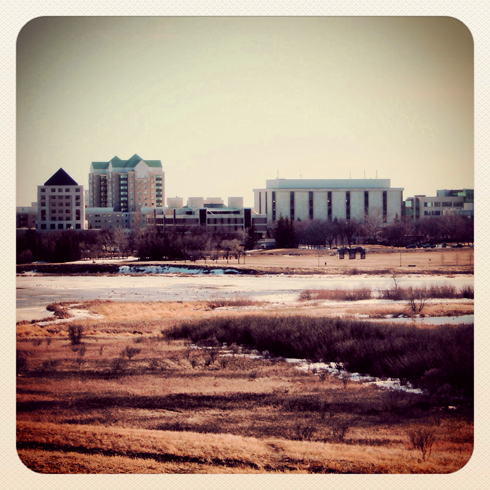 Thankfully, there was a bright side that came from all of this. My frustration with classes actually motivated me to make more personal projects and finally explore my passion for editing on my own terms. I submitted my work to film festivals, I took part in video contests, and started this website. In the beginning it was just self indulgence (and frankly a lot of it still is), but I can see now how these projects laid the groundwork for the opportunities that followed.


I moved home to Medicine Hat in 2008 with my tail between my legs. I had acquired some nice festival credits and had a little bit of money left from a Sasktel video competition that I'd taken part in, but the best thing I had going for me was that I was hungry for anything that seemed even mildly related to video or photography.

It was on a fluke after hearing about Stream Media that things changed. I soon realized that they'd sponsored the local student film festival that I had been a part of, and actually won a few awards from, a couple years before. I then discovered that I had a loose contact through Julie, one of the owners, who I'd spoken with briefly one of the years that I'd had something in the film festival. With nothing to lose, I wrote her an email explaining exactly what I'd been up to.

This shot in the dark changed everything for me. I was called in to talk, I gave them a reel of some of my shorts, and Julie's insistence got me a job. I was hardly financially independent at that point, but the opportunity I'd been given was amazing. The experience I got with Stream Media became building blocks. Suddenly I was shooting for various corporate projects, editing promos, and most importantly, working with a small team that could show me the ropes. 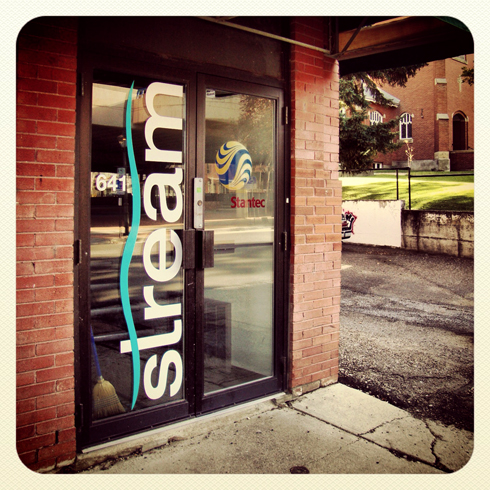 The film festival had become my foot in the door, and because I'd taken chances with my work as a student, it made an impression when I came knocking several years later. That experience still impacts me now when I think about the value of sharing your work. You never know who could be watching or where the next opportunity might come from.

As the economy cooled towards the end of 2008, I began working contract with Stream and found work in early 2009 with a retail website that had an interest in using video. I started as a copywriter with the potential of moving into video with them. My excitement and their willingness to grow lead to them taking a chance with me. I ended up building their in house media department, and began shooting enough photography and video to the point that I had created a new job for myself as their Web Media Editor.

To date I'm still balancing both jobs, and feel like I've been given an incredible opportunity to build my reputation on what I genuinely enjoy doing. The truth is that there is little to be gained in a creative profession without taking risks. Some of the smartest things I've done (looking back) is latched myself to people who appreciated what I was doing. I've also made a point of not just talking about how I love photography and video, but showing people that I do. Words are cheap, but it's difficult to ignore proof.

Once out of film school you're going to have to make sacrifices to move forward. This means making less money for a job that pays in experience, or putting in extra hours just to prove that you can do something new, or taking someones whim and being the person to interpret a logical first step for making it happen. Neither of my jobs existed when I went looking for them, which just goes to show that sometimes your fear can be an amazing motivator.

Use your uncertainty to explore just what it is you want to do or where you want to be, and start taking as many steps in that direction as you possibly can. Redefine your film school expectations and realize that degree or not, you're still at square one when you get out there. You can take comfort in the fact that what I initially viewed as a failure in terms of leaving university when I did, actually timed me perfectly with the companies who were ready to take chances at that time too. There are a ton of hidden opportunities, and sometimes it really is as simple as getting in touch with the places you'd like to work with whether they're hiring or not.

I'm 28 now, but I've hardly got it all figured out for myself. I know it's important to stay hungry. Make things that inspire you and use them to inspire others. You'll start to pick up crumbs that will lead to bigger opportunities just based on the number of new people you're reaching. And one other thing, people like people who can tell a good story. You'd be amazed how far that can get you.

So, to sum up a few of my own thoughts here are a few things to consider.  Share your work in as many ways as you can think of.  Like I said, you never know who could be watching.  Work hard to make meaningful connections with other people who are interested in some of the same career ambitions as you, they can become meaningful allies later on.  Take creative risks on a regular basis to challenge yourself, to grow, and to discover new things.  And don't forget, enjoy yourself.  The stress and fear are healthy, but don't forget how much fun the work can be and how defining the journey becomes.  If you really want to make the most of life after film school, stay hungry.
Edited by Editing Luke @ 8:00 AM