I think one of the best lessons any young filmmaker can learn is to search out as many outlets as possible to share, discuss, and promote your work. When I graduated high school in 2002 YouTube wasn't even an option yet, and that's just one outlet that's made it considerably easier to get yourself noticed - and cheaper than film school. 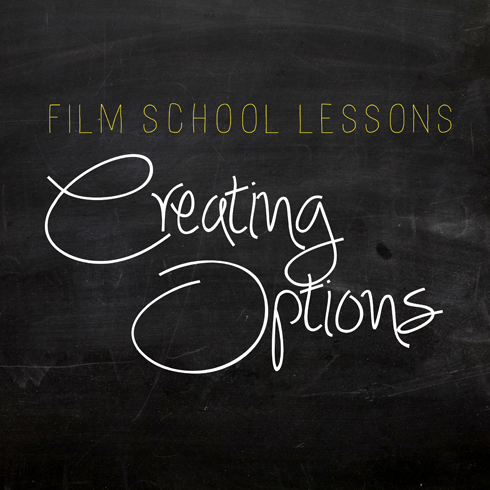 When considering film school you have to weigh your financial situation, etc. to see if going is even feasible. While I'm not entirely convinced that the financial obligation is worth it, what film school does provide is a tremendous opportunity to network, gauge the level of your skill, and the time to experiment and improve. All of this provides you with more options as a filmmaker. Allow me to expand on this:

Whether it's with your classmates, your profs, the girl you met in Art History, or the friends you made at the campus pub, university lends itself to meeting new people on a daily basis. This is valuable for numerous reasons. The more people you have in your court, the more people you have to support you. You never know when you'll need someone to act in one of your shorts, someone to hold the camera, someone to vote for your movie in a contest, someone to tell you about the contest in the first place, someone to refer you for a job or get you hired themselves. Just like a spider spinning a web, the larger your network the more likely you are to catch opportunity. You have to work at this! People aren't just going to approach you, and you need to teach yourself how to take advantage of Facebook, Myspace, YouTube, etc. not just as a way to waste time, but as a way to build a following. The internet is the cheapest and most global outlet for reaching a lot of people with your ideas quickly.

On the surface I know all this sounds like a no-brainer, but of all the people I've met through film school and various student festivals, so few people actually take the time to do this. Start as soon as possible. The time and work it's taken for my blog and other online accounts to grow to the point of actually being able to significantly help me took months. But, the work does pay off if you're dedicated. This blog itself helped me campaign for votes in early 2008 and helped me win $3500 in an online video contest, as well, when I mentioned it in my job interview with Stream Media in May 2008 it immediately helped me make a strong first impression. I think you get the point. 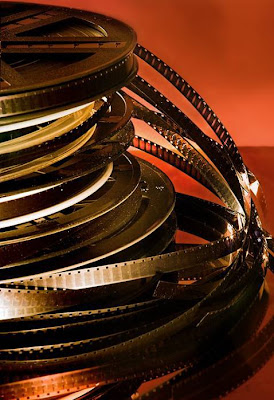 All first year film students think that they're 'the shit'. We all start off this way because we're young and we've grown up having all our friends and family tell us that we're the next Spielberg because of that one video we made in 8th grade. Don't get me wrong, it's great having people cheer you on, but at some point you have to step up to the plate and ask yourself if working in film is a career choice or just a hobby.

As much as I've been impressed and inspired by my peers time and time again, I've also been incredibly embarrassed by some of the lazy work that I've had to screen my projects with in production classes. While no one is without their occasional flops, having film classes that allow you to talk about and receive feedback on your work allows you to see where you fit in the spectrum of things. It's where I was able to pinpoint my love for editing, and build confidence by giving and receiving critical comments. Just knowing that I'd have to defend the choices I made with my videos in class motivated me to work harder and produce the highest quality of project that I could. The exposure to lots of student films allowed me to see that all the work I had been doing helped put me above the curve.

To each their own, but for me, film school allowed me the time to experiment with various types of equipment, software, genres and styles. Had I gone from high school straight into the workforce I wouldn't have had the time to produce the number of short films that I did so quickly. I was able to learn techniques and tricks by being challenged by other peoples standards, and because of that, was able to refine my own style and develop a portfolio of work that represented the variety I was capable of. Practise is the only sure fire way to improve, and often without someone pushing us we don't feel the need to be quite as productive - and certainly in such a short period of time.

Remember that in film, as in any art, you're competing against the person who may not necessarily have the best work, but instead against the person who is able to best sell it. Keeping an open mind, pushing yourself to grow in as many creative directions as possible, and learning to promote yourself will give you plenty of options when opportunity comes knocking.