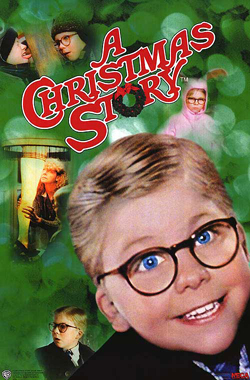 We all have a Christmas story. Whether or not you've seen this movie won't change the fact that you've probably experienced some version of it growing up. Remember that toy you had to beg for as a kid? Or that Christmas dinner that didn't go right? That gift you absolutely hated? Or that snowsuit that made it so you couldn't put your arms down? These scenes are just the tip of the iceberg in Bob Clark's old fashioned homage to the traditional family holiday in, A Christmas Story (1983).

This classic centers around young Ralphie, a kid growing up in 1940's Indiana. Like all kids he has that one special toy in mind; the perfect reward, the ultimate Christmas morning highlight. For Ralphie it's the Red Ryder Carbine Action 200 Shot Range Model Air Rifle (or put simply, a BB Gun). His mother, his teacher, even Santa Claus all tell him the same thing, "You'll shoot your eye out!". And with that we have the makings of an entertaining couple of weeks as Ralphie sets out to prove that he really is deserving and responsible enough for such a gift. 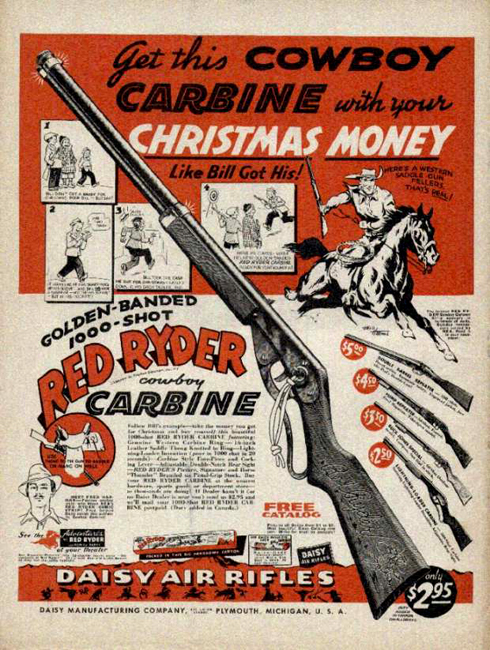 Interestingly, the style of A Christmas Story was actually the inspiration for the television show The Wonder Years. Although the story remains in the 1940's, Ralphie's thoughts are narrated from his perspective as an adult. It's hilarious having that additional commentary as Ralphie explains the detailed context of the things that were happening in his youth. The rules of double-dog-dares for instance, or the scam of Orphan Annie decoder rings, or the affect of electric leg lamps on the family dynamic.  Hindsight is 20/20 as they say, and the narration hilariously bridges the gap between childhood naivety and adulthood cynicism.

What makes this movie a classic in my mind is that even though some of the incidents may be a bit outlandish, for the most part it's an entirely relatable, heart-felt, and honest depiction of what it's like to be a kid at Christmas. Even though I grew up in a completely different era than when the movie takes place, and even though I wasn't born yet when this film was released, the experiences speak to generations who remember what those last few weeks of December were like as a kid. 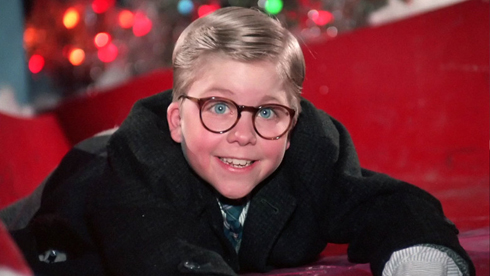 A Christmas Story is an innocent depiction of childhood excitement marred in the less-than-holy realities that surround the holidays.  Stories about Santa and the North Pole are great, but to me Christmas is really about family and the conflict that occasionally derails good intentions. A Christmas Story reflects this best when you see how even a flawed day doesn't mean that everyone can't still enjoy themselves.

And let's be honest anyway, as good as Christmas day is it's never as perfect as our anticipation leading up to it.

In short, of all of the Christmas movies you're likely to see this season few will be as genuine and nostalgia induced as A Christmas Story.  In some small way Ralphie's experience is your experience, and common ground is a great place for comedy. Watch this movie! I double-dog-dare you to.

This, and National Lampoon's Christmas Vacation are my favorite Christmas movies of all time. Thanks for posting this! Enjoyable post.

I really love Christmas Vacation too!