When I posted about the Five Roses Flour Mill last week, I had quite a bit of trouble with my research in nailing down specific dates about the location in Medicine Hat, Alberta.  I was in contact with one of the archivists at the Esplanade to try and get some help and she was kind to respond in detail to my question regarding the history of the site.  Here is what she wrote:

Then, we fall into a bit of confusion. The present structures that we see are not the original building. It appears that the original building was knocked down and replaced by a warehouse and mill built out of brick and concrete for an estimated cost of $150,000. As well, elevators built of reinforced concrete were added for and estimated cost of $100,000—built under permits #22 and #23 issued June 20, 1916. I can’t be certain if the existing elevators that were built in 1914 were knocked down and replaced by the elevators in 1916, or if they were the ‘additional’ elevators you described.

I have included a few pictures for reference. Unfortunately, these pictures are just assigned tentative dates, as we are uncertain of their exact dates. My information is educated guesses, and I have put the photos into what I believe is ‘chronological’ order. 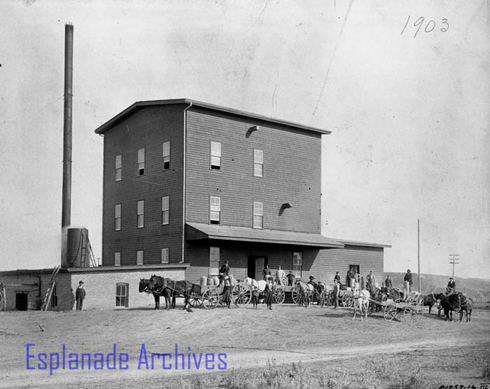 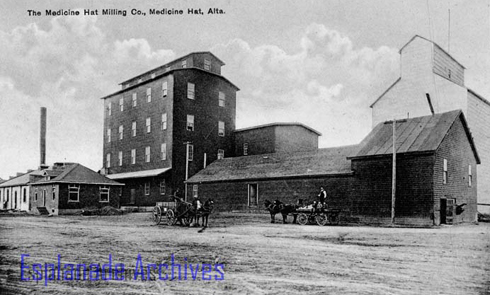 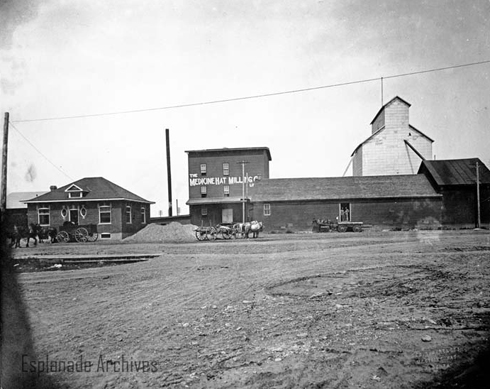 Image #0439-0037: In this image, you can see that the 1913 structure is now gone from the centre of the photograph, leaving only the small house-like (office?) in the front—implying that the building of 1913 has been torn down.  The front of the building still says the Medicine Hat Milling Company. 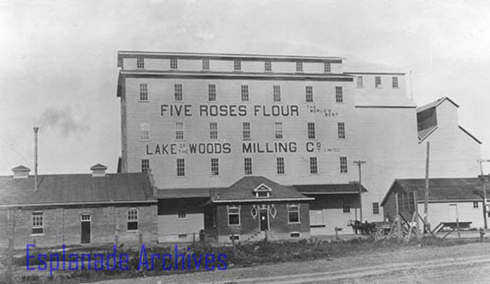 Image #0350-0075: This photograph shows the exterior of the Lake of the Woods flour mill (notice the Five Roses Flour) named on the front, meaning this photo must be after the 1914 purchase. I also believe that this shows the additions—on the right of the photo—that Lake of the Woods did to the building. 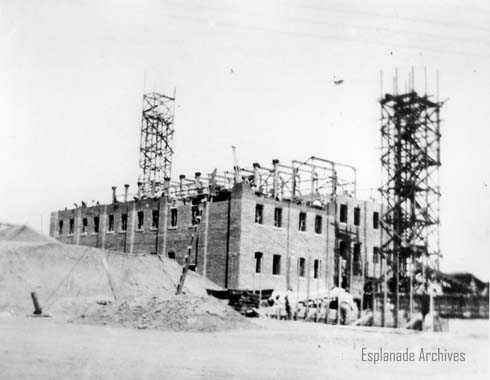 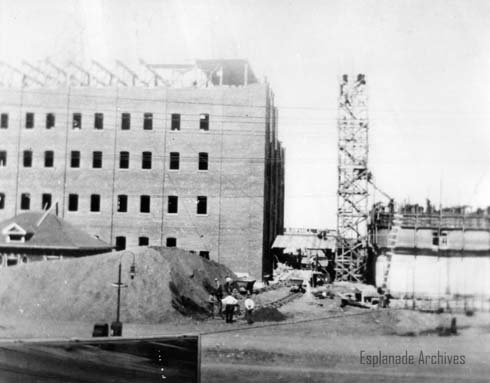 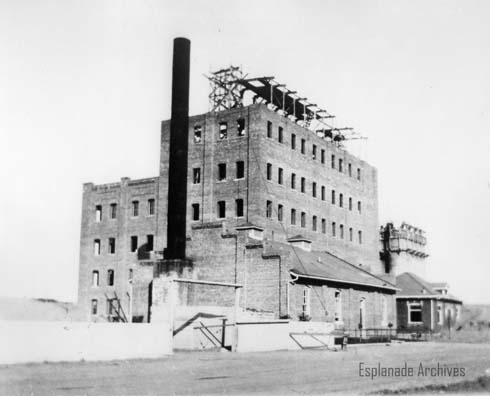 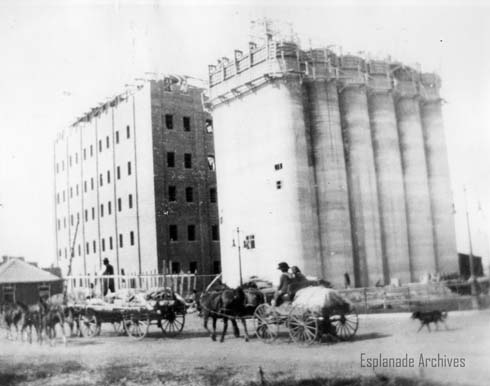 Image #0299-0001 to 0004: This set shows the construction of the large warehouse and elevators, and is most likely the 1916 construction. The final photo, 0004, shows the six elevators, and all seem to be under construction from the top. To myself, this indicates that all other elevators were removed, and that the six were built concurrently. 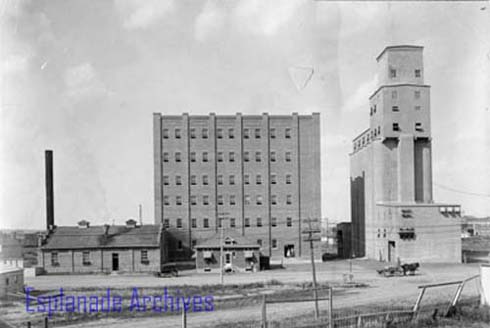 Image #525-0126: This photograph shows all four buildings of the Mill seemingly after the construction is completed.

To me it's clear that there were further expansions on the site, specifically in regards to the elevator.  As it stands today, it is a wider structure and it makes sense that that would have come as a result of increased production.  The downsizing of the warehouse however, was a result of the renovation into an inn and pub back in the 1970s. 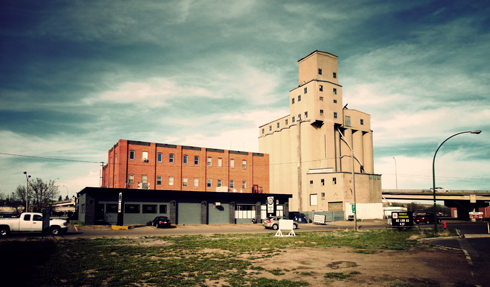 Looks like the little house (office) was around for quite a while....