How to Be Spontaneous

You might think to yourself what a bizarre thing to write about.  Who needs to know how to be spontaneous?  Isn't about doing things randomly? Isn't it about doing something in the moment? It is.  Of course, there's a bit more to it than that.
I've always considered myself spontaneous both in how I approach my work and my daily life.  I'm perceptive to opportunities that challenge me and allow me to try new things, but it wasn't until I read an article about staying organized that the reason why really hit me.  In a word, preparation.
To be random isn't enough, because spontaneity is as much about having quality experiences as it is about doing something different.  Also, just because your life is moving in a lot of different directions, that doesn't make you a spontaneous person either.  It's a choice that you make, and because of that there's actually a lot of control involved.
A spontaneous person is therefore someone with plans.  It makes sense that if you really want to do certain things and want options on how they happen, that you'd be prepared for the possibility.  It's like setting aside a bit of money from your paycheck for travel, always having a few beers in the fridge if friends stop by, or maintaining a schedule with flexibility so that you can work new things in.  Having choice is everything.
In 2005 my friend Andrea and I decided to go to Vegas.  The spring semester was just ending, we both had a bit of money set aside, and when the idea came up we jumped.  Within a week of first talking about the trip we were on a plane and we were there.  For a couple of students who had both just turned 21, this felt amazing.
The same thing happened with the road trip my friend Dave and I took to California last year.  We had enough cash set aside, ambitious plans were made before we left, and a loose schedule was in place.  Again, it meant that the basics were covered so there was no stress about how we were going to pay for something or if we were making the most of our time.  We were actually able to do more because we were prepared to make things happen.
The point is that if you don't take control of some things, if you don't make plans, if you're only reactionary, then you only have the option of taking advantage of what presents itself.  You actually miss out on being able to shape your experience.  You miss out on being spontaneous when it really counts.  You miss out on making something good, something even better. 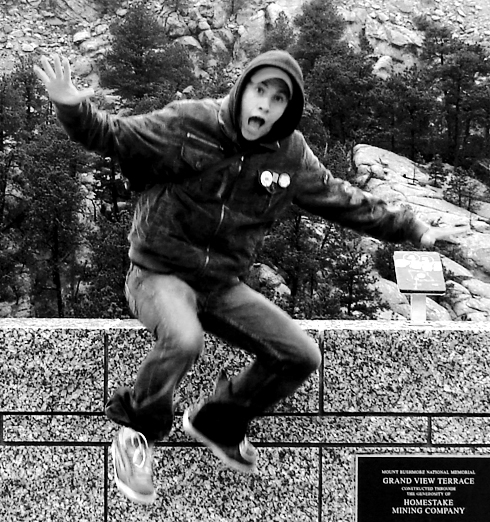 If there had been a like button I would have clicked it. But alas I have come here to tell you what a great post I thought this was!