The Luke Behind Editing

This blog is always changing, and often it happens in fairly dramatic sweeps.  My about page is no more given how redundant it seems with my sidebar description and portfolio, but given all the work that went into writing this initial bio I felt I'd share it in a blog post for posterity.

My name is Luke Fandrich and I'm a video editor and photographer by trade.

Growing up in the small city of Medicine Hat, Alberta I suppose the idea of making movies was as much about escape as it was, ironically, about learning how to appreciate where I came from.

As an adolescent I saved and bought my first camera, a used Sony 8mm that helped turn a hobby into the  inspiration for a potential career path.

Throughout my teenage years short projects both in and out of the classroom helped me establish a reputation as somewhat of a film buff - or a great partner for video projects anyway.

How does a kid from the Canadian prairies chase a dream of making movies though?
I loaded up my old '89 Buick and was off to Saskatchewan . . . 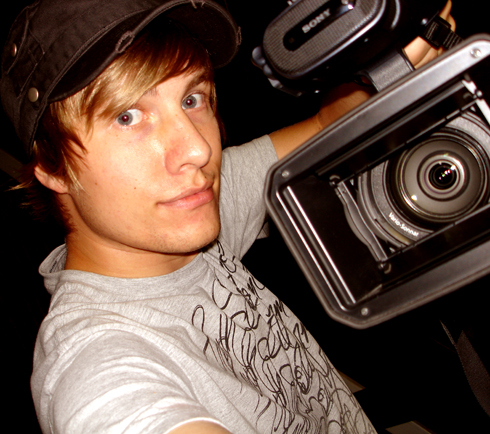 Enrolled in the film program at the University of Regina I dabbled in a range of experiments and techniques that in the moment opened my eyes to a world of possibilities, but ultimately left me questioning if I was actually going to get a job.

Simple assignments soon became memorable challenges, and I can now see how my frustration as a film major mixed with the stress of developing projects under such strict timelines, locked me in a creative pressure cooker that really ignited my independent ambition.

In 2005 I took my first shot at a film festival and ended up winning the Audience Choice award.  The momentum created by gaining that extra confidence resulted in my first international film festival screening in Toronto later that year. 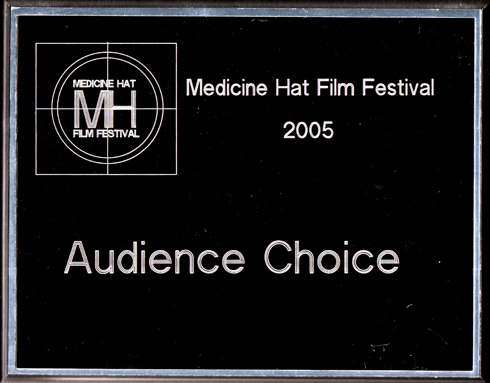 Soon after, festivals, screenings, and contests became my real motivation. Assured now that I wanted to be an editor and filmmaker, I saw these various opportunities as a realistic way to create a name for myself while disconnected from that idealistic vision of a Hollywood career.

From 2006 onward I found my interest in the classroom slip as my work was recognized abroad.

From a nail-biting National Film Board of Canada competition to a digital media festival in South Korea, Youngcuts in Montreal and a surprising Sasktel Cell Phone video contest, my work was traveling further than I ever had and was inspiring some honest recognition.

As I considered myself less and less of an actual student my video work was recognized by the Dean of Fine Arts at the U of R and even by the Premier of Saskatchewan.

My 6 year gig as a struggling film student came to a close. 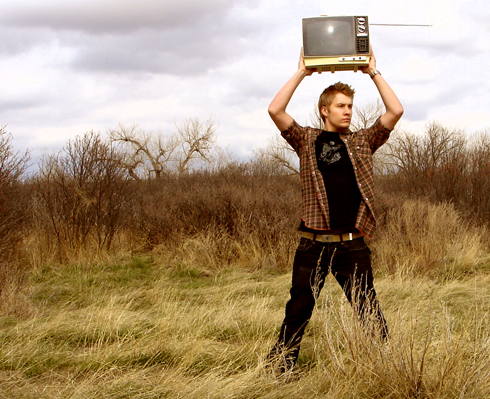 In mid 2008 I returned to Medicine Hat with my share of student debt and a plan for bigger things. In the meantime I began to work with a local production company as a videographer and editor creating commercials and promotional material.

The opportunity was all about showcasing my strengths, and it helped me establish contacts and a reputation that to my surprise was allowing me to pay my bills entirely with my editing work.

As the economy cooled in 2009, the lack of projects coming in forced me to look for more work elsewhere.  I took a copywriting position at a website, hired on the basis that they were interested in getting into video themselves.

The position soon transformed and I was establishing and running the in-house video and photography department for the web retailer - an opportunity which continues to show tremendous potential.

After only a couple years back in the Hat, I found myself to be an increasingly rare commodity.  With full-time video work and contract edits on the side, it's a wonder that I ever stressed myself out about finding video work (not that I take any of it for granted). 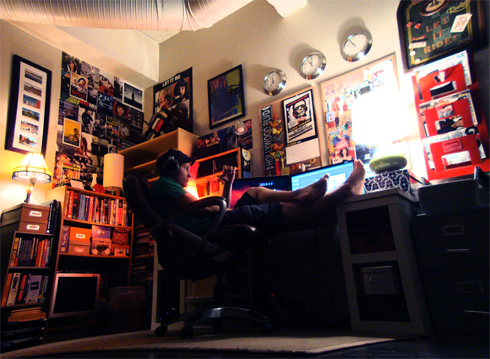 Sure enough, I've ended up creating positions for myself in companies that were willing and ready to take a chance on someone who was confident enough to say they could do it.  It's an exhilarating feeling.

Every day is now a new plot point in a personal story that continues to surpass and challenge my expectations.  Never did I think I'd be creating my own unique editing jobs in a small city in the middle of the Canadian prairies - but at the moment, it seems like the perfect fit.

There's still so much I strive to do, but if my time out of film school has shown me anything, it's that good things come to those who go looking for them.
Edited by Editing Luke @ 8:00 AM