In film school we were told to keep journals as a way to motivate our creativity.  At the time it felt like a chore, because frankly, nothing ever feels that creative when you're being forced to do it.  Pretty much as soon as I wasn't required to write out my random thoughts anymore I actually felt compelled to.  Go figure.

I now see what everyone was on about though.  Filmmakers should blog.  Creative people should blog.  If for no other reason than to indulge your own sense of achievement, blogging has provided me a way to work out my thoughts and frustrations.  Sometimes it's simply a distraction, but often it gives me a forum to really think about the things I want to say and in turn, what I want those things to mean.

This is kind of huge if you allow yourself to get past your own self-consciousness and want to learn more about yourself.  As a video editor I've always been keen to challenge my perception of the technical side of editing with the emotional side.  If I were to try and learn this through my contract editing I might only scratch the surface or maybe never have the opportunity to work out that obscure idea in the back of my mind.  Instead, random creations are fueled by my need to blog about something and it's those random creations that then give me something to analyze.

Blogging can then be more than just an exercise in futility, you can actually improve the way you think about things.  Knowing that I'm posting things publicly actually helps in some sense, because even if no one reads what I post I feel that I'm being held to a standard outside of my own.  When I'm writing an entry it's also one of the few times that I actually slow down to reflect on something that I've learned or something that inspired me.

Filmmaking is a form of communication and there are multiple facets within that framework that build the conversation.  You might not see the value in writing out your ideas at the moment, but if there's anything that Editing Luke has given me it's the ability to articulate an idea and explore my own aspirations.  This skill is invaluable.  Everyone can create, but not everyone can explain their thought process or perspective.  Don't kid yourself, creativity takes work and writing is a tried and true approach to overcoming those mental blocks.

But yes, I still hated being forced to write those film journals. 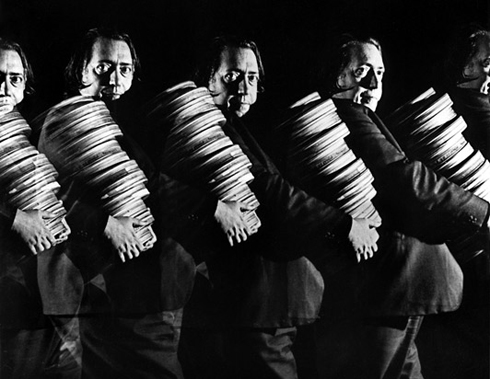 As you may have noticed, my blog has been sitting unused now for a couple of weeks. Of course, that's my personal blog. My review blog is still thriving. Upon going through my regular routine today and coming here, to Editing Luke, two things struck a chord with me.

The first was the title of your post. I couldn't help but feel that it was directed at me - despite your intentions. Then again, I suppose your aim is to always reach your readers. So, in response to the name of your post - you're right. Filmmakers should blog. If not for themselves, then others like moi.

The second thing was labelling yourself as a film editor. I ofen call myself a film critic but have never decided on one particular path when it comes to making movies. If I decided to become a specific title - as you've been preaching for years, then one can have an aim. One can become good at one thing.

So, I am proud to say that for whatever reason, on this day - I've officially decided what that thing will be. I will share the news with you when you visit next month. So, thank you sir! If there's one thing I can promise you though - it's probably not editing. Hmmm, Editing Tyler does have a nice ring to it...

I feel like I have to be careful sometimes because I know that you're often likely to comment, even though my posts are pretty much always targeted at a wider audience. In this case, I was really just sharing soemthing I've learnt about myself by saying how I've come around to embrace the idea of a film journal in a way I didn't appreciate in film school.

I think it ultimately comes down to finding a way to express yourself and clear your head. Like I said about filmmaking as a form of communication, you have to train yourself to be good at it if you ever expect anyone to understand what you're trying to say.

I give you a hard time about keeping up your personal blog sometimes just because it's been a good way to keep in touch. I also like seeing how you're approaching things. I'm not saying blogging is the end all be all though, just a good way to grow.

I look forward to catching up further about all this next month!