Of the few things I usually choose to make for myself, chicken noodle soup has long been a favorite and became a regular addition to my menu in film school.  I'm not talking about canned soup here either - not that chicken noodle soup is that complicated to make.  The way it makes the place smell is as much a treat as the meal itself, and I always make a lot so I can enjoy it for a few days.

Cooking this today reminded me of my winter semesters in the dorms.  January and February always feel a bit bleak to me, and this all just seemed emphasized when you were trapped in a small box of a room.  The communal kitchen was usually a disaster, but still, chicken noodle soup was the one thing worth cleaning the kitchen for (at least the bit of counter that I needed).

In between several edits I need to wrap up this weekend and a forecast full of snow, there's nothing like a bit of comfort food. 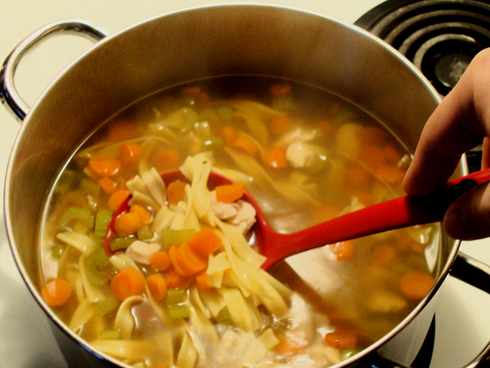 Film school was meant to over-prepare you for the potential challenges that the real world would present.  While I still have yet to encounter the majority of these situations, the truth is there were some great exercises that I still borrow on to this day.
In the very first core film production class that I ever took, we were required to do an in-camera edit.  This meant no software and that things would have to happen chronologically for your project to make sense.  Like most projects, things were left fairly open-ended for each of us to make our own mistakes and find a personal style.  I was reminded of all this when I discovered my original storyboard for that in-camera project, titled Homeless, that I'd drawn up.


I always argued that every filmmaker created a homeless guy movie at some point, so I suppose I was eager to get my own out of the way.  While the project is alright, it's always been the technique and experience that I gained from it that I like to talk about.  Finding the storyboard just further emphasizes what a great starting point this was for learning how to think through my shots, cuts, and how to compose a complete piece.
With the music altered in post and titles added when I uploaded it to YouTube years later, this project is otherwise exactly as the storyboard illustrates.  Despite blogging about my film school history on a regular basis, it's cool to actually discover a piece of it and have the story present itself.

A couple nights ago I was laying in bed tossing and turning, kept awake by my own frustrations about the new year.  The problem being that when you're coming off of one of the best years you've ever had in your entire life, you're aware that things are going to end up changing whether you want them to or not.

This isn't a pity post, as the reality isn't that things are going to suddenly take a turn for the worse.  In fact, my fear is simply that things will become too comfortable.  That lethargic comfort zone has done more damage than I'd care to admit in my life and generally I have to make a real effort to shake myself of it.

There's nothing worse than becoming too satisfied with yourself and sinking into a steady routine - not because stability is bad - but because there's no better recipe for allowing your time to slip away.  Despite being busy, I know all too well that a predictable schedule can still leave you feeling like you haven't accomplished any of the things you really wanted to.

I have a rather large amount of work still hanging over from 2010 that's sabotaging my fresh start for 2011 and that's probably stressing me out more than anything.  I guess I'm just in a bit of a daze after focusing so much of my post-university energy on 2010 as the year when things would finally happen.  Now I'm faced with a looming blank canvas and no real idea about what to aim for next.  Something tells me I need to relax. 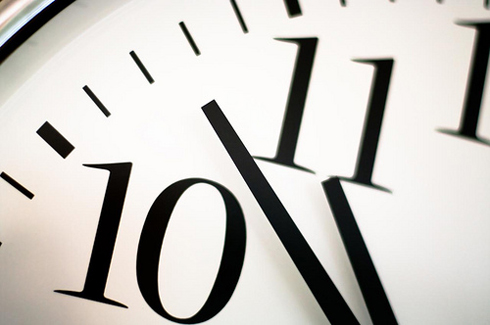