It's no secret that I love my car. Sure she's old and a little rough around the edges, but she still works surprisingly well.  From Educated Detours, to Buick to the Future, to Split Wash and beyond, I'm sure my car will continue to pop up in my videos for as long as she runs. This post was inspired by a handful of original Buick commercials from the 1980s that I found on YouTube. Crazy that "THE Buick" as she's known, is now over 20 years old.  See my car below. 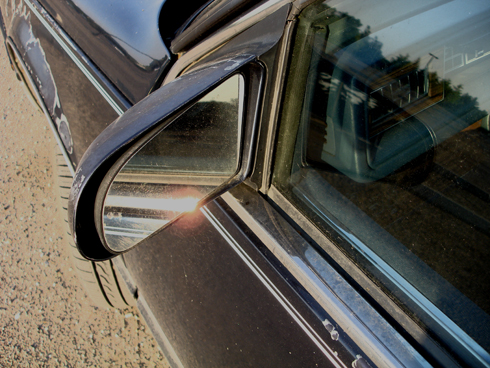 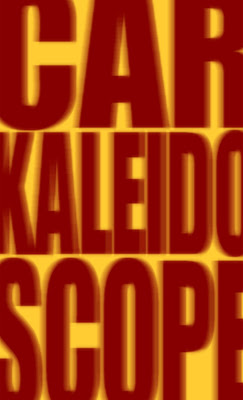 When I came across the site for the Toronto Urban Film Festival in June 2008, I knew instantly that I wanted to try and make something to submit. The guidelines for the festival stated that the project was to be exactly 60 seconds long with no audio, and was to fit into one of their categories pertaining to the various ways people live in urban environments.

I settled on the 'urban travels' category and came up with an experimental short that played on the patterns of rush hour traffic in a single intersection. By dividing, or split screening, my footage I created my initial pattern. Then I replicated that image several times to create the grid, and the sped up depth of movement mixed with the variety of colourful vehicles created the geometric illusion of a kaleidoscope - or one of those computer generated 3D prints.

My film wasn't selected to take part in the festival that September, but I can understand why. The selected films ran in repetition for a week on the Toronto subway platforms. Those screens aren't that big to begin with, and my short is tough enough to make out when it's right in front of you. Plus, those that were selected were very deserving in my book (and based on the awards ceremony, they seemed keen on rewarding people from Toronto so people would actually show up). In any case, Car Kaleidoscope was certainly worth while as it proved to be enough motivation to try out several other split screen experiments that summer/fall.

For as seemingly simple as this experiment was, a lot of trial and error went into the effect. Even if you've never been into experimental film, I feel like there's something very relaxing and cathartic about getting lost in the pattern. This version of Car Kaleidoscope is obviously different than the one I submitted to TUFF as a soundtrack and titles have been added, and I've repeated the footage for longer than the original 60 seconds.

To fully appreciate this short it has to be viewed in high quality to make out the images. If you watch it from my blog be sure to click the HQ tag after you press play, or better yet, double click on the video and watch it in larger HD quality from my YouTube channel. Thanks for checking out the experiment! 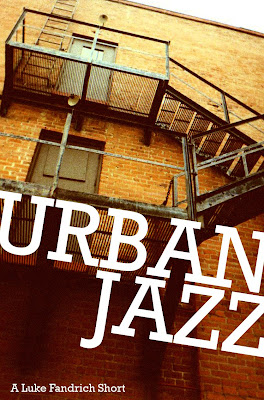 Inspired by all the early City Symphony films from the 1920's and 30's that I saw in my first year of uni, in the summer of 2003 I attempted one of my own. On a day trip up to Calgary my friend Andrea and I were playing tourist and I ended up shooting a ton of footage from the top of the Calgary Tower. Mixed with some other footage I shot of the old hotels and buildings by the tracks in Medicine Hat, I cut together a vignette of a growing urban landscape.

Like those early classics, Urban Jazz is a contrast between the old city and new city, between structure and chaos, the beauty and decay. Having shot the project almost entirely from above, there are some pretty interesting vantage points and patterns. What makes these city symphony flicks so unique in my view is that as they age they gain even more depth. The city changes, growing and shrinking, and the technology, from the cars to the signs, begin to date the footage.

While this project showcases some of my novice, and rather playful editing, it's also an example of my focus to branch out and experiment (I was 19 at the time). I hadn't really made any serious 'avant garde' flicks before this one, and the year in university that came after this essentially opened the flood gates. To me it's just another reminder that as quickly as time has gone, I created a lot of stepping stones by trying new things and making videos purely to entertain myself. To say the least, I'm happy that motivation hasn't faded.