Buick to the Future: Part 2 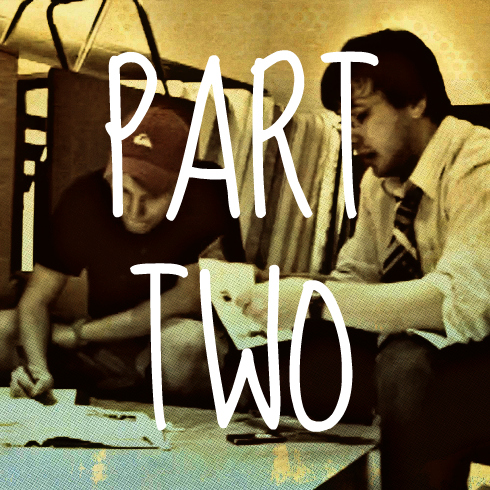 Here's the next chapter in this summer series, but honestly, part 3 may take a while to see because I'm not quite sure what mundane activity to do next, haha. I think I've done a decent job at referencing bits and pieces of the original films, although the BUICK versions aren't too concerned with plot.

This time it's all about talk. Doc & Marty chit chat to figure out what to do next, and of course the mis-matched personalities remain. I'm really enjoying the simplicity of this project, and it gets my brain spinning around other episodic shorts that could be fun to make next (not just parodies, but complete original ideas). Anyway, as always I appreciate your comments and feedback, enjoy the show!

Back in my first year of film school we were given an assignment to do a character study on a real or fictional person. I had lots of ideas, but I think every filmmaker decides to make a homeless person video at some point . . . mine is fake, but still.

Looking back at this now (shot in spring 2003, I was 18) I'm most impressed with how it looks. I had minimal experience, but I storyboarded the whole thing and shot it exactly as planned. Important to note, the project also had to be an in-camera edit meaning that the filming process would be limited to the functions on the camera. We were, however, allowed to add music and credits.

I have a great amount of nostalgia thinking about where I was then and how this came to be, but take away from the project what you will. Mr. Debussac, feel free to elaborate on the experience of what it was like to be homeless for an afternoon if you happen to come across this. Otherwise, here's a look at some of my early student work.

As part of an effort to bring back my Desert Island Flicks, this post has been updated. Check out the revised entry for Little Miss Sunshine by clicking on the banner below.