This was a year of major changes that I felt the previous several years had been building towards. In 2010 my work situation improved, I moved, I traveled, and things were generally on the up and up. In terms of this blog, traffic also surged ahead as the variety on my site became more apparent as I felt I suddenly had a lot more to share. This year really marked the second chapter in the evolution of my site. Here's what was most popular on Editing Luke in 2010: 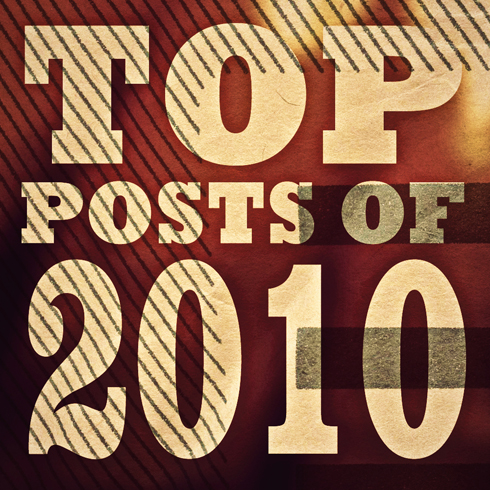 1. Salton Sea: North Shore Yacht Club
Originally posted July 10, 2010
After a road trip to California in 2009 and a repeat of that trip coming up in September '10, this post seemed  to strike a chord with others interested in the abandoned landscape surrounding the Salton Sea. I was incredibly fascinated with it myself, and numerous posts on the location followed.

3. Indio Outio: The Complete Project
Originally posted April 1, 2010
This was probably my most ambitious creative project of the year. Using all of the footage from my 2009 road trip to California, I created a series of posts with images and video clips that allowed visitors to take the road trip with me by clicking forward to the next location after each post. From the top of the mountains to the ocean, this was a cool way to share that experience.

4. 1999 Jaguar XJ8 Photo Collage
Originally posted October 9, 2010
In June 2010 I purchased my Jaguar XJ8 and I was buzzing about it for months afterwards. This simple post was nothing more than a collage of some of the images I shot right after buying the car, and it seemed to take off with other car enthusiasts.

In 2009 I was busy trying to balance two very different editing jobs as I felt I was prepping for big changes in 2010.  I was becoming more stable as I let go of a lot of my former student stress and began focusing on ways to set myself apart and further prove myself at work.

By this time I was feeling more confident and self assured.  After several years of feeling like I was behind the curve, in 2009 I felt like things were moving quickly and I was gaining a lot of ground.  My change in tone and desire to connect with film students became even more apparent and my blog evolved to reflect that.  Here are some of my most popular posts from that year. 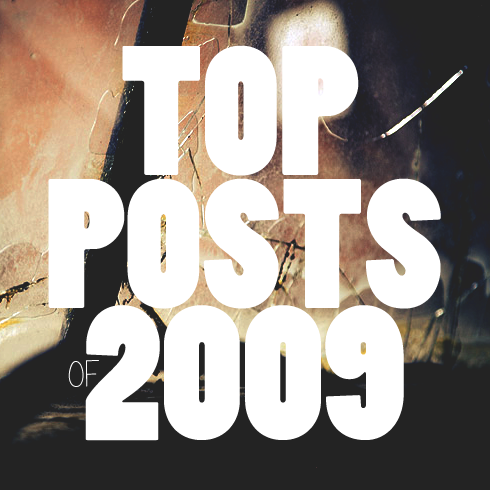 1. I Need Your Vote for the Gizmo Tree
Originally posted April 12, 2009
With my success in the Sasktel film competition in late 2007 and early 2008, I promoted my short the Gizmo Tree in the Yobi Film contest in 2009.  In the end I didn't win, but I did manage to advance through four rounds of voting.  Things worked out the next year when I tried my luck in Yobi Film again and finished as runner up for filmmaker of the year, beating out 38 other filmmakers.

2. Cinematic Acrobatic Presents: Alex Lamburini
Originally posted October 1, 2009
As part of my shift to help promote other up and coming filmmakers, I started interviewing young filmmakers who I'd met online through contests or on YouTube.  The post I did with Alex Lamburini became so successful largely because of his own promotion, but it was also the first time that I had added another voice to my blog and I think readers enjoyed the shift.

3. Advice for Aspiring Filmmakers
Originally posted May 19, 2009
This post was popular because it was a simple breakdown of everything that I'd come to appreciate from my time in film school.  There was really nothing surprising about the advice, but sometimes it's just helpful to reinforce the obvious.

4.  We Two Kings
Originally posted December 12, 2009
This was a brand new short film I created for Christmas with my friend Tyler.  The popularity for this one was pretty obvious because of the timing.

In 2008 I said goodbye to film school, I welcomed my first editing job when I started at Stream Media, I started repaying my student debt, and I had my work screened at several international venues.  It was a year of major transitions.

Editing Luke started to gain a bit of traction as I became more focused on how I constructed my posts.  Perhaps more surprisingly, I continued to blog even though my time at film school had ended.  Over 20,000 people visited in 2008, and towards the end of the year I became more strategic as I planned out how I wanted my site to grow.  Here is what became my most popular posts of 2008: 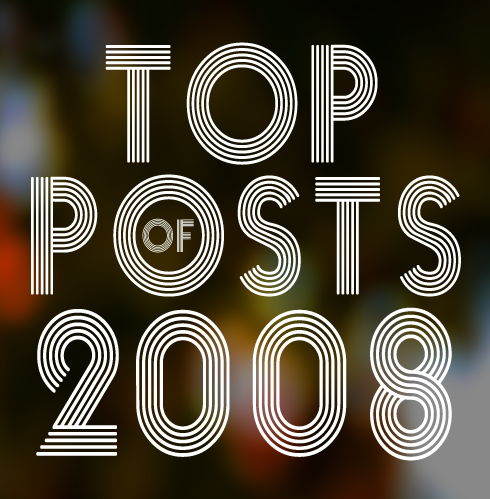 1. A Chill in the Air
Originally posted May 14, 2008
Posts like this revealed the back story, notes, and context of some of my film school projects, which helped me develop the portfolio aspect of my site. A Chill in the Air was particularly popular because I had promoted it heavily in 2006 on a former blog, and created an email campaign to draw up votes for the video competition I was in.

2. Opportunity Knocks
Originally posted June 28, 2008
When you've got good news to share the word gets around.  In this post I revealed that my work was going to be showcased at two different venues, one in the UK and one in the US.

3. Beyond a Film Student
Originally posted March 21, 2008
Having made a career out of being a film student, this post was my declaration that I'd be leaving university without graduating.  This was a highly stressful time in my life as I'd spent 6 years in school, had a semester to go, but couldn't stomach the idea (or realistically afford) coming back after the summer.

4. Buick to the Future Trailer
Originally posted March 1, 2008
The campy series that I kicked off my blog with in 2007 had its final act in 2008.  I created a trailer for the original three episodes and actually convinced myself that it was worth making one more.  This was that announcement.

In 2007 I entered my final year of film school, took part in the Sasktel cell phone video competition, and went on a lengthy road trip to Mount Rushmore.  It was also the year that Editing Luke debuted.

I was fairly new to sharing my videos online and was still just trying to find my own writing style, but in the 7 months of 2007 that Editing Luke existed my blog actually received over 8,000 hits. I worked hard to get them, but I also knew from the start that the success of my site was resting on how original and unique I could make it from what else was already out there.  In retrospect those first 7 months were all trial and error, but the concept of my online film journal seemed to stick.  Here were the most popular posts from my site in its first year: 1.  Buick to the Future: Episode One
Originally posted June 15, 2007
This post shouldn't come as much of a surprise.  Buick to the Future was a campy comedy short that I came up with entirely because I wanted brand new content to promote my blog with.  It also became a big deal when for the first time I was able to share a new video with family and friends minutes after posting it.

2. Sad Little Snowman
Originally posted December 16, 2007
Similarly to Buick, this post became popular when I sent out Christmas messages with this video linked to it.  I suppose you also can't underestimate the willingness of people to share a cheesy snowman video with each other around the holidays.

4. Film Student?
Originally posted June 5, 2007
One of the main reasons I wanted to start a blog in the first place was to share my film school experiences.  This post marked the beginning of my film school rants, and readers seemed to embrace my candid thoughts.  It was a good thing too, because there were a lot more on the way.