In the early hours of Thursday morning the aurora was painting the sky in streaks of green, purple, and red. I drove just north of Suffield, Alberta where the lack of light pollution resulted in some incredibly clear views of the northern lights. Unlike last month's sighting, this display was much more colourful and was the first time I'd ever seen the streaks of red in person.

With the popularity of these recent northern lights posts on Instagram I've been asked numerous times how I get my info. There are numerous apps and websites, but I've found this aurora forecast to be fairly accurate and a great way to gauge aurora activity in the area. 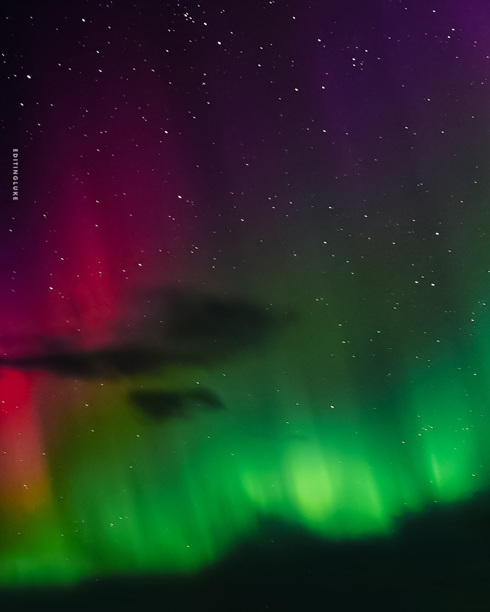