Over the weekend this latest post on @editingluke of an aerial autumn view of Montréal, Quebec was featured by Tourisme Montréal and kicked off a wave of subsequent reshares and shout outs on Instagram. Following more than 15K+ likes on the Tourisme Montréal account, over the last few days this image has now been reshared by more Montréal fan accounts than I can keep up with and has even popped up in the feed of Parc Olympique (Olympic Park).

While reshares for travel photography are not uncommon and are always one of the intentions when networking new images, this Montréal feature is unusual because of how quickly and widespread it's gone in just the last 3 days. At a glance, it seems likely that this image will end up as one of the most viewed @editingluke Instagram posts of 2021. 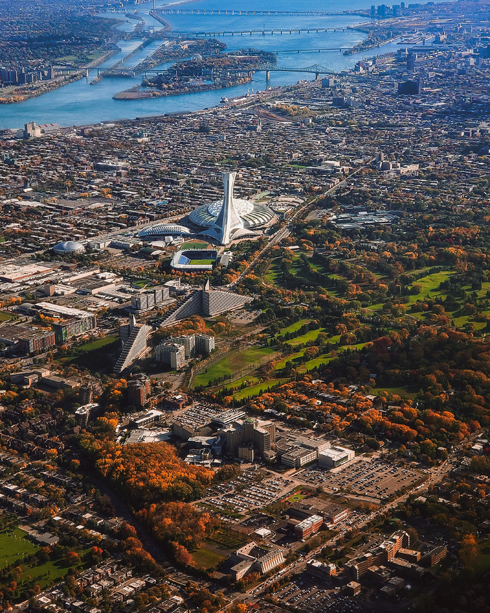