Completed and opened in 1930, the Eastern Columbia Building in downtown Los Angeles, California is one of the greatest surviving examples of Art Deco architecture in the city. Located along Broadway in the city's historic theater district, the Eastern Columbia Building is noted for its unmistakable turquoise tiled exterior. Originally housing the Eastern and Columbia department stores, in the mid-2000s the building was restored and converted into loft apartments. 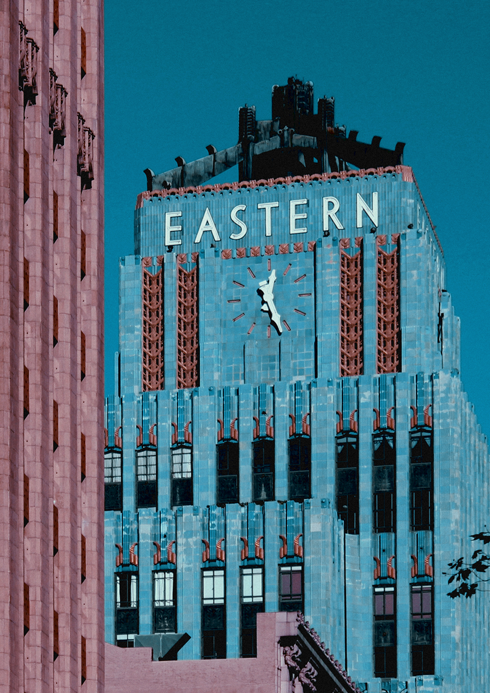 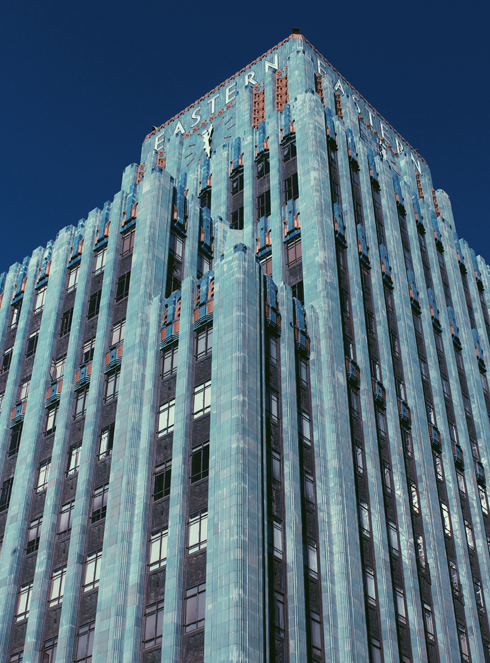 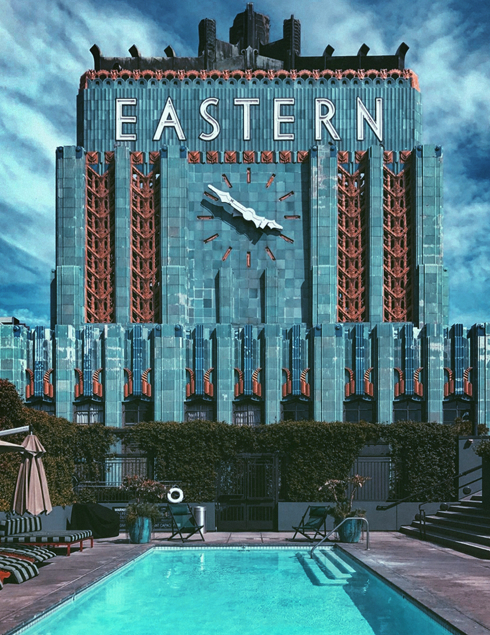 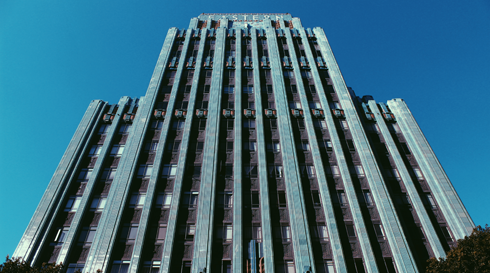 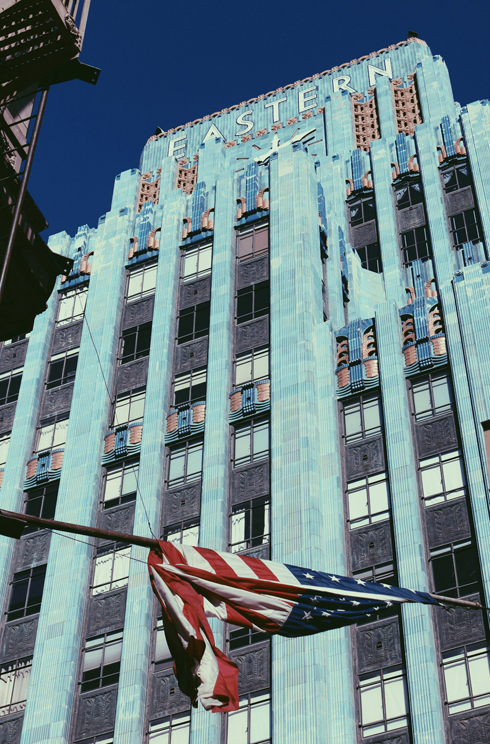