Now available as a lifetime release of only 100 units, the first major Editing Luke print sale of 2021 features this exclusive framed print of the old Medicine Hat Arena before the venue was retired.

In 2014 / 2015 I was commissioned to photograph several stages of development behind the new Medicine Hat Event Centre as it came to replace the Medicine Hat Arena.

Recognizing how quickly things were changing, and before any of the banners or signage was to come down, I also photographed the Old Medicine Hat Arena for posterity - capturing the venue as it looked in the final season the Medicine Hat Tigers would ever play there.
This never before printed image captures the Old Arena in both its prime and in its final stages as an active venue. After nearly five decades of Hatters experiencing this view in person, this photograph is a record of this arena as it should be remembered.
As a lifetime release of only 100 units, this hand-signed, numbered print will never be licensed, reprinted, or duplicated. This series was shot independently, so no third party was ever given access to these files. There will only ever be the original 100 prints released of this image.
To inquire or order, visit the sale post here. 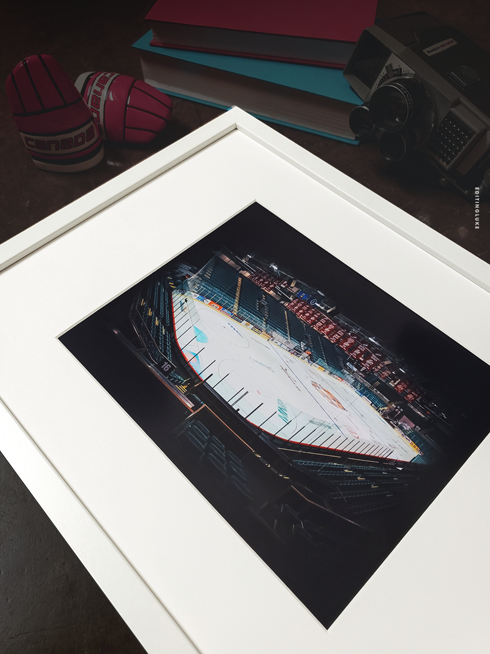