Shared Stories from Around the Hat

One of the absolute joys in building a photo series of my hometown over the last couple of years is that I've been privy to an amazing array of stories from so many different people. It's one of the points about the series that I like to emphasize, because in so many ways it's not just about old buildings.

Around the Hat has been successful because it focuses on places where people connected with each other, lived their lives, and built memories - it's not only relatable to Hatters, but in many ways to anyone who grew up in a prairie community. There's also not a lot to compare this series to around these parts, and perhaps that's why so many have connected with me to give me a better understanding of the places that I've photographed and documented. 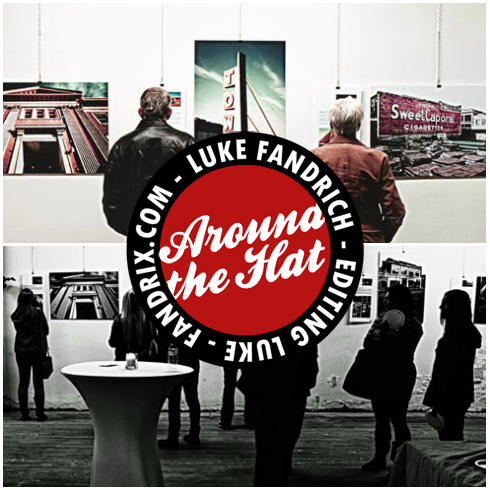 One instance that immediately jumps to my mind was surrounding my photo set of the POW Camp #132 (now the stampede grounds). A woman left a comment on my blog:

Thank you so much for this, Luke! Now I have an idea on what I had only known through stories. My grandfather used to be in the camp as a POW and always talked very highly about the time he had to spend there. He is 91 now and still has tears in his eyes when he speaks of those times... I will show him your pictures!
Susanne (from Germany)

It was only several weeks ago that I received a message from a woman about the same set. She works at the Indian Head museum and went looking for info about the camp after finding a painting by one of the prisoners from there. Things like this make the history feel real, and give me a glimpse of what others are seeing when they're looking at my images.

Earlier this year I sold a number of prints of the Hycroft Factory to a man in Vancouver who turned out to be Harry Veiner's grandson. Veiner famously owned the factory and was noted for handing out those ceramic cowboy hats. In any case, I did up all these cool prints of the factory, which were intended to be gifts for other members of the family who remembered working there. He was even kind enough to send me a few scanned excerpts from Harry Veiner's scrapbook, including an article where Veiner apparently gave one of those Hycroft hats to Castro on an official visit to Cuba.

Selling prints like this hasn't been that uncommon. It's also been ideal for learning more about certain locations, as people are eager to share their memories of places as they once were.

Another such instance that stands out was during the Thinking Hat exhibition that I participated in this fall. Over the weekend an old man in his eighties came in, and eyes-wide he reminisced with us about what 2nd street downtown used to be like. It was such a sweet and genuine moment, and it made it clear how varied the reactions to one image could be.

Across the board I've loved hearing about what makes these places and this city special. Often the messages are brief, but they're enough to let me know that I've triggered something. This series has been as much about relieving my old memories as it's been about creating new ones. Keep the stories coming. As I round out the series, maybe I'll find a cool way to start sharing and incorporating them into the project.