A Chill in the Air Storyboards

I recently discovered the rough storyboards that I created in January 2006 for my short, A Chill in the Air.  To be honest, I don't even remember making them, but it's pretty clear that I used them to plan out the project.  Some of you may remember that this project was an entry I did for the National Film Board of Canada Make Shorts, Not War contest.  It was because there was a lot to gain from the experience that I tried to plan out as much of the process as possible.  In the end, the project was tightened up from what I'd written in my storyboards, which is cool because they actually shed some light on my early editing and film making. 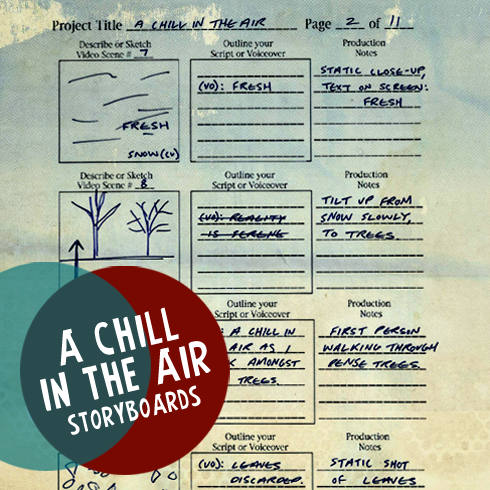 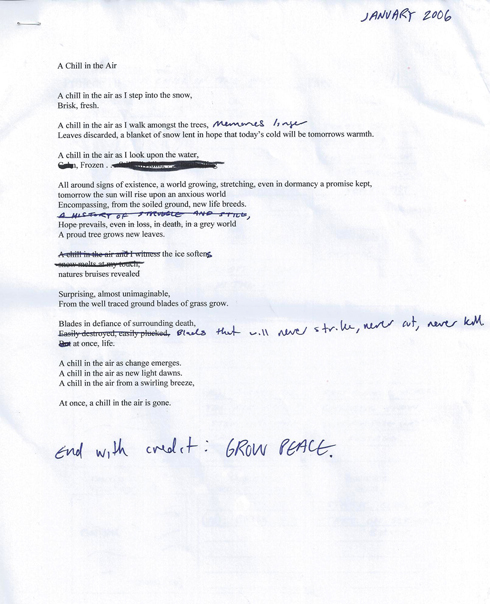 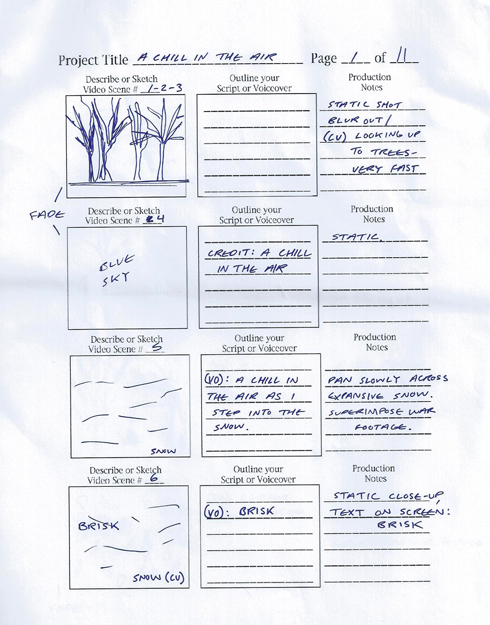 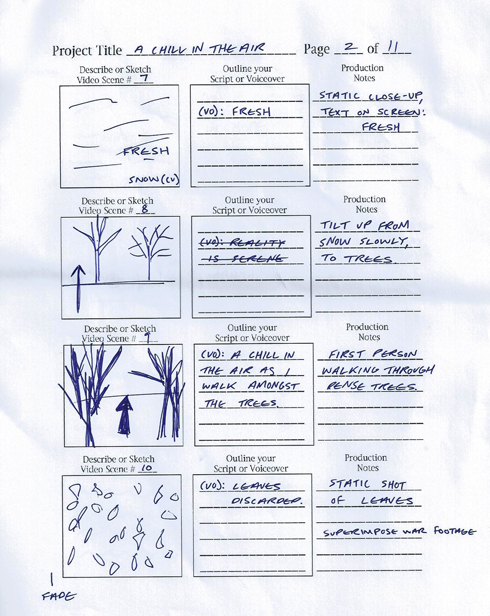 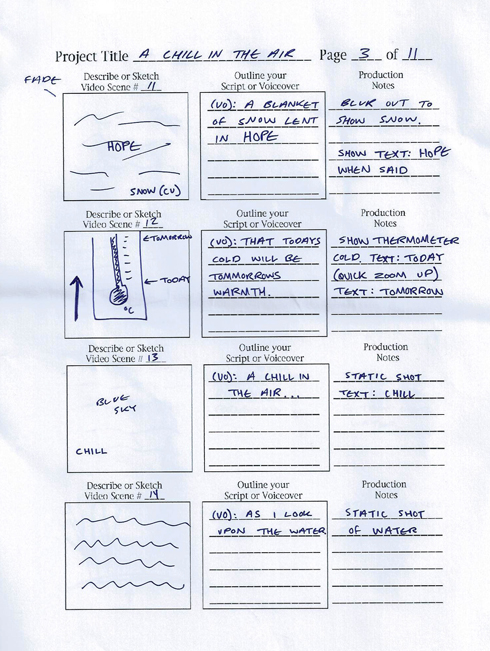 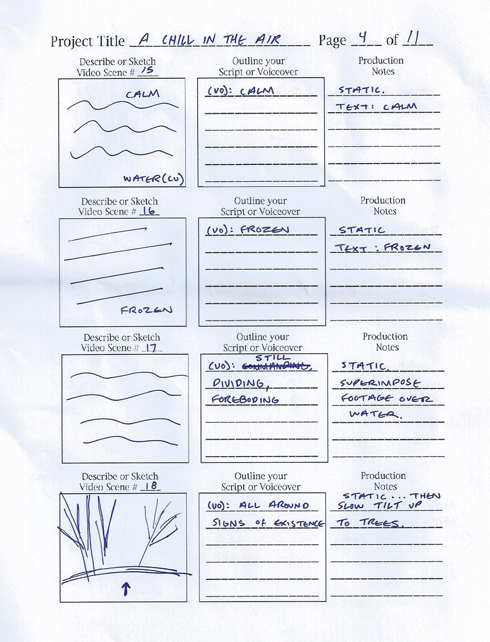 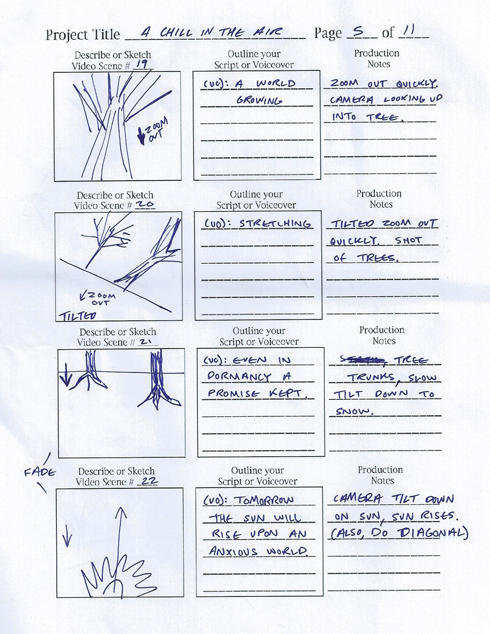 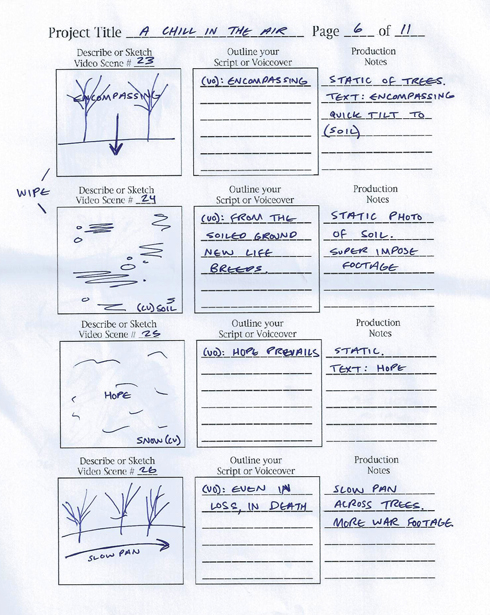 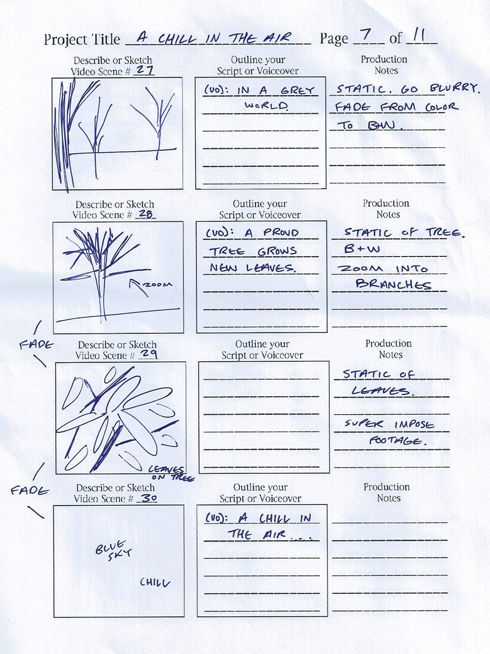 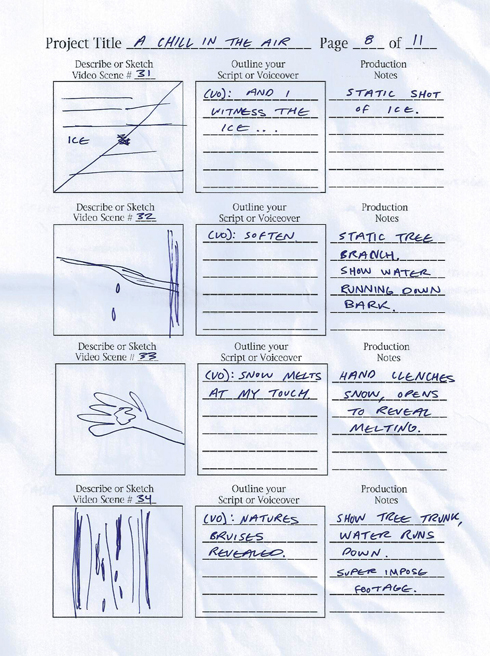 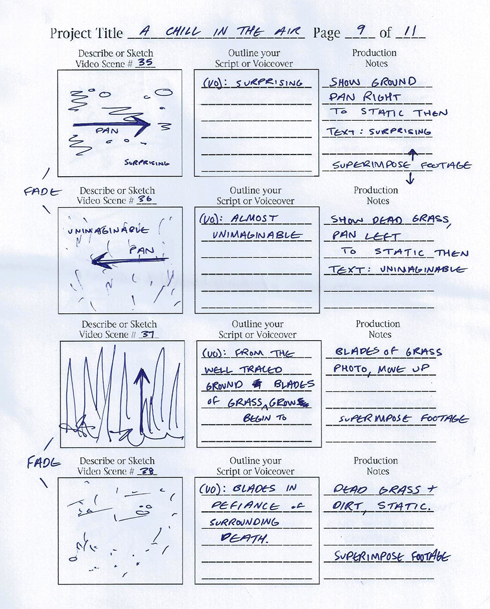 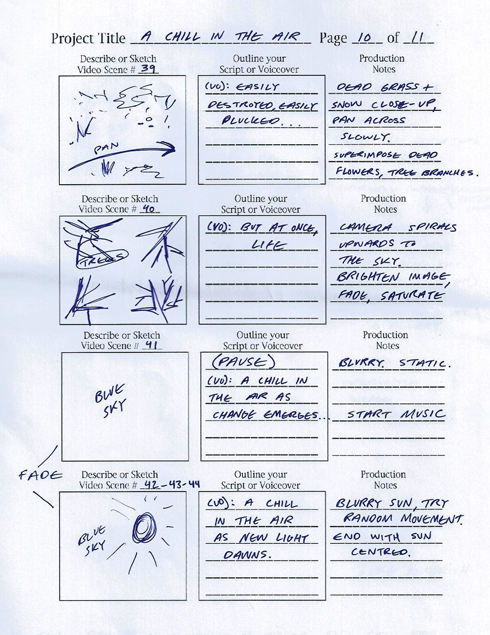 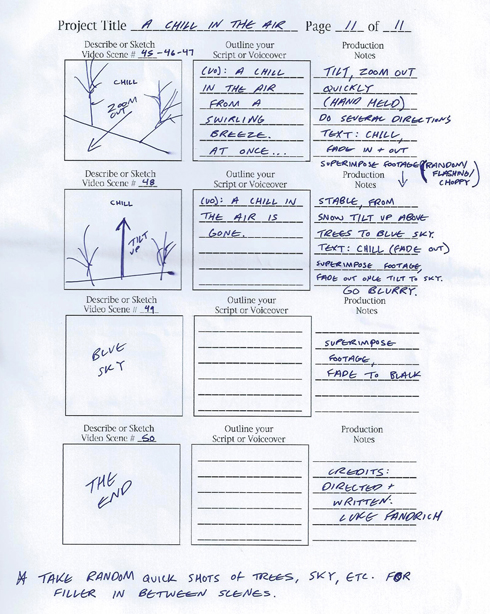 Is it an environmental film? I'm assuming that it is because of the title and sketch drawn on the storyboard.

The project was a video poem that used nature as a symbol of renewal after war. The leaves die, the water freezes, etc. and despite the sacrifice that winter symbolizes, the spring brings renewal based on seasons that preceded it. I used it as a comparison to soldiers making a sacrifice for the generations that follow them.