When Life Hits the Fan

Over the last two weeks it feels like it's been one thing after the after.  Even with a week off for holidays, I found myself just as busy and just as stressed out by the flurry of activity that I found myself in.  I like being busy, but as things start piling on top of each other and as the good begins to blur with the bad, well, let's just say that it doesn't take long before you feel like curling up in a ball on the floor.

My story starts on August 12, a Friday.  I was busy rushing to finish up some last minute photography projects before I welcomed a long awaited week off for holidays.  While I wrapped things up at the office, the real work began that evening as I tried to complete the final video for what had been a six week project involving various edits for the College.  Things didn't quite work out.

At 11pm I placed a call asking for an extension on the deadline as I had to be up first thing on Saturday morning to drive 500km for a wedding in Regina.  The project was temporarily shelved and I was off to Saskatchewan.

The wedding was for my friends Daunean and Ian.  I had lived with Daunean in residence and the wedding proved to be the perfect excuse to bring all of us College West brats back together again.  While I find an excuse to see the film school gang at least once every year, the residence group is spread all over the place so are meetings are too few and far between.  It made the event that much more bittersweet and enjoyable.

I awoke the next morning, hungover and exhausted.  There had been plans for a bonfire that evening, but after checking my emails and finding the new revisions for the College edit I had waiting back home I knew it wasn't in the cards.  It was the briefest trip I'd ever taken to Regina.  A whirlwind 24 hour visit with most of my time spent behind the wheel.

I was back in Medicine Hat on Sunday afternoon only to have my Jaguar start acting up.  As it turns out the drive was just as tiring for my car as a bit of tinkering confirmed that the throttle position sensor had officially conked out.  This was one of my worst fears as my early research when buying a Jaguar addressed this very problem.  The throttle position sensor isn't sold separately, but instead is sold as part of the entire throttle body assembly.  A part that costs over $2000 new.  Shit.

To feel rushed through a wedding with editing work weighing on my mind is one thing, but then to be sidetracked by issues with my car is another.  I'm pretty handy and have done a lot of maintenance myself, but that Sunday there simply wasn't any time for me to do anything expect figure out what was wrong.  It was starting to feel like I wasn't going to be able to cross anything off my list as I had planned.  It was a late Sunday night spent editing.

Monday I had the College edits away and had some time to prepare for my friend Tyler to come and visit on Tuesday.  I was asked by my uncle to check on his house later in the week and so went to pick up keys at his place.  My aunt had been up in the cancer center in Calgary with what we found out later that week was a Pancreatic Neuroendrocrine Tumor.  The cancer speculations that began at the end of June had taken everyone by surprise, and as I was swept up in my busiest time of year with edits, I struggled with how something so heavy had come out of nowhere.   My aunt is back home for the time being as they explore possible treatments.

My cousin Leslie has been writing about the experience on her site.

By the time Tuesday came along I was thinking I could finally kill some time with my car before relaxing that evening with my old film school friend.  That wasn't the case.  Final revisions for the College edits came in and I was rushing to make changes for a now overdue project.  I was still rendering when Tyler arrived, but the hangout was welcome.

My phone began beeping on command first thing Wednesday morning as there was a problem. I wasn't even surprised at this point.  There were incompatibility issues with the College edits and their software.  More hours were spent rendering as I bounced between work and playing host, but later that afternoon the project was completed, delivered, and finally off of my plate.

That evening I found out that my good friends Dave and Wendy had finally had their baby boy, Darwin.  Last year at this time Dave and I were finalizing details for our road trip to California, in which Dave spent much of the journey text messaging a new girl he'd met named, Wendy.  What a difference a year makes, huh? Wendy shared her birth story on her blog.

The remaining days of my holiday were spent catching up with Tyler, finally getting a chance to visit with my friend Andrea after weeks of delayed hangouts, searching out a salvaged throttle body on eBay (which should be here any day now), and generally just trying to hang on to my sanity.

This swirl of activity has left me generally frustrated, stressed, and in a weird funk.  Since my week off things have started to even out somewhat, but I still feel consumed by all of the big things happening to those around me.  Work, weddings, babies, sickness, reunions, major repairs - it's a lot to process in a week.  It's like walking down the card aisle at Hallmark and feeling like you currently have a situation for each category.

I feel selfish for needing support when those around me are going through big life changing moments.  Perhaps that's what's hurting the most. I'm running on empty from six weeks of working two jobs at the peak of their busy seasons, and I've been reminded that the real challenge has been to have a life.  I just want a few days off, I want my car to work, I want to be able to save a bit of money without something else going wrong, and most of all, I want to be able to fully appreciate the big moments of those around me without feeling that my mind is somewhere else.

John Lennon had it right when he said 'Life is just what happens to you when you're busy making other plans'.  It is getting a bit messy though, so could somebody please turn down that fan just a little bit? 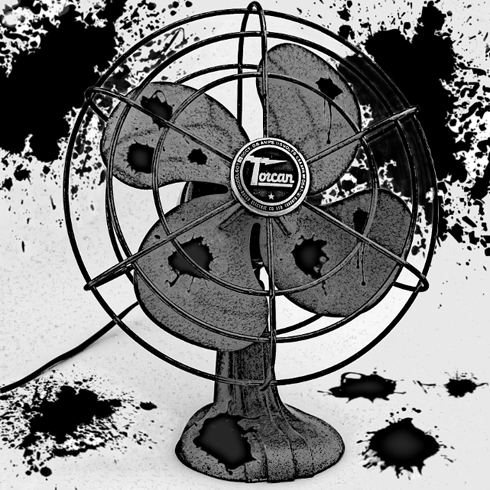 Hang in there pal. It'll calm down. Someone told me these moments come in waves. I'm in the middle of a huge six month long wave. Life picks up as we get older. It gets more serious and more sober sometimes. Our challenge is to keep smiling and enjoy the fleeting moments of beauty. I know you know how to do that. Get out your camera and make something simple and beautiful. Or go read a book. Or get a massage. Whatever, just try to enjoy each day as much as you can and in spite of everything. xo

I hope you have a lot of mops for that mess. It's always frustrating when holidays end of being/causing more work than working. I know the feeling, though. You end up with your brain skipping topics like that poor sap in Limitless and end up getting squat done. Time for a staycation to absorb all of the chaos.
Billie Jean

Hoping that life slows down for you... I have been in your shoes more than once, luckily you have the drive and skills to weather the storm and get out alive.

It always seems like "when it rains, it pours" I'll keep you, your Aunt and everything else in my prayers!

I appreciate all the kind words, guys. Things are starting to calm down a bit, and it's amazing how much you can actually handle when it really comes down to it. Sometimes an extra dose of stress is just what you need to better appreciate those moments that follow it.

Just got around to reading your post now, Luke. Sorry you had such a rough week! I know how it feels to have so much going on at once that it's hard to digest anything. Much of my life has been a whirlwind of too much packed into too little time. It really helps you appreciate and long for the quiet/normal times though.

Albeit brief, I'm glad we got a chance to see you when you were in Regina. You're an awesome dude and always welcome around here.

I'm glad to hear things are calming down for you now. Take some time to digest and appreciate the life experience from your week of craziness and look forward to better days :)

Thanks Wendy that means a lot :) It was great to see you guys too, and now I can look forward to meeting Darwin in person next time.

Haha. Reading your post just stressed me out more. :) But like everybody else said, it'll be over soon. For every high there's a low. You've been on a pretty big high lately - so this was inevitable. It's all down hill from here, though... Cause really, who wants to travel up hill? That's SO much harder. :)