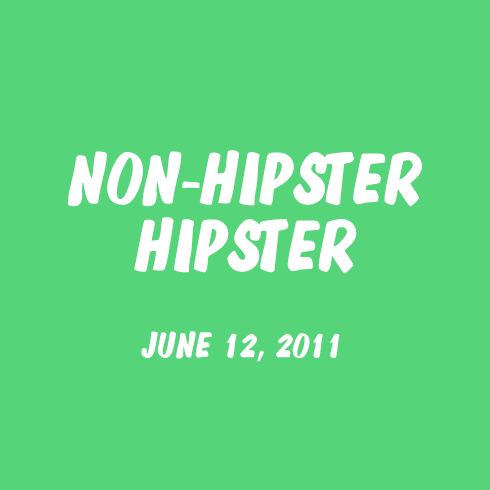 To be honest, I've never considered myself a hipster - at least it never seemed that way by comparison.  The connotation actually suggests a form of loathing to me.  The kind of person who would shun you if they saw you buy your groceries at Walmart or remove a song they liked from their iPod the minute they heard it on a popular radio station.

Then I thought about my traits.  I'm a former film student, current video editor and photographer, living in a loft apartment, who blogs, who fills walls with inspiration boards and make-shift posters, who over the last 6 months has stocked his fridge with increasingly more obscure brands of beer, and as of yesterday, a guy who redesigned a blog header featuring himself with stereotypical film-hipster glasses that have no practical purpose.  Oh yeah, I went there.

You won't find me shunning the mainstream however.  You also won't often hear me say that I don't like something because I think too many people already like it either.

The few things that bother me about the mainstream are often easily applied to the things that bother me about most things in general.  No matter what social classification, it's a lifestyle built on distaste that I dislike (uh oh, double negative).  I just don't want to hear about a life defined by the ways it's been segregated, I want to hear about how amazing it is because of the things you've embraced.

Originality shouldn't exclude others from sharing experiences, it should be defined by how unique your perspective, reaction, etc. is within those everyday occurrences.  This should be unshakable, and your passions shouldn't waver at the first sign of criticism.  If someone else liking or disliking something completely alters your perception of that thing, maybe you never really cared that much about it in the first place.

Hipsters can be too far into the alternative to recognize that they're still a product of a mass culture, and likewise, the overly mainstream person is neglecting to see that most ideas evolve from far more obscure places than Hollywood.

I've created a paradox with my non-hipster, hipster critiques.  But what's clear to me now is that it's easy to become what you thought you were avoiding - or at least share some part of it.  We're all posers to some extent though, and that's a good thing. It means we're continually borrowing inspiration and finding ways to cycle through cultural influences. Then again, maybe I'm just a dickhead. 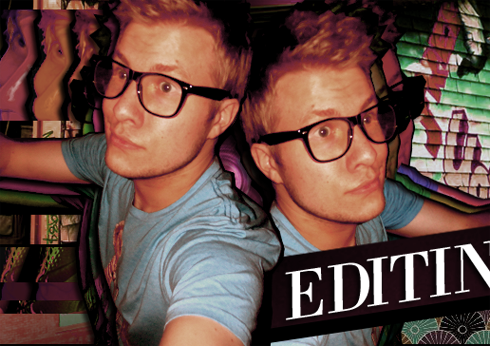