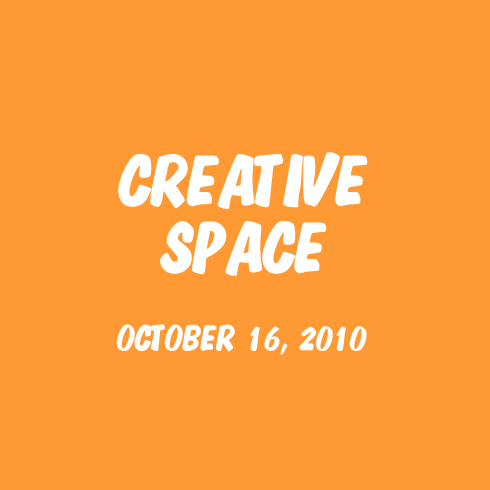 Since my first dorm room in film school I've convinced myself that it's easier to be creative in a space that looks the part. In many ways I've always had the mindset of an editor; overly organized and always looking to contextualize my experiences. I'd like think that this is how my space comes across too.

It started with a couple posters and photos and throughout the process of moving between home and school, the expressions just seemed to get bolder with each years new setup. My dorm rooms became somewhat infamous for how ambitiously visual and wallpapered they became. A mashup of pop culture, personal photos, patterns and collections, the rooms were different every time but the style was fairly consistent.

There's something interesting about being so meticulously organized and yet so attracted to busy graphics. I like that I can look at a wall of imagery and feel surrounded by the ideas that went in to creating them. The colours and selections that end up on my wall aren't made haphazardly either. As an avid magazine reader I've always ripped out the images I liked, thinking that one day they would find their way into an art project, frame, or display. The argument was always that it wasn't the individual image that created the meaning or context, instead it was all about the unique combination of graphics that ended up on the wall.

I'd defend the look by saying that anyone could have these images, but it was doubtful that anyone else had arranged them this exact way. In that, I always felt that pop culture could be embraced and still be made more personal. 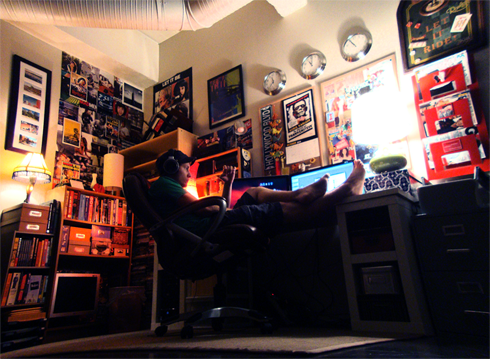 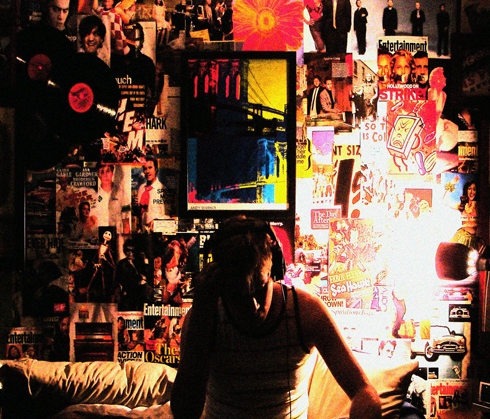 I've tried to create balance in my new place by framing things out more and not covering entire walls with pictures. I think it still looks pretty distinct (see first image) and it definitely serves the purpose of giving my mind cues to wander when needed. Then again, sometimes it's just about seeing how far you can go (see last image).

A creative space can be a million different things to a million different people, and in my experience it has been. I surround myself with things I like to see, places I've been, personal projects I've worked on, music I love, and things that generally inspire me or remind me what I've already accomplished. A creative space has only one fundamental requirement for earning its designation, and it's really quite simple - it should compel and allow you to be productive.
Edited by Editing Luke @ 8:00 AM