Coins From Around the World

Tucked away with my old movies backed up on DVD, old bubble gum and comic book cards, and a few blank VHS tapes, you'll find the several boxes that make up my coin collection.  My Canadian coins have a dedicated box of their own, and then there's the millennium quarters, my framed centennial coins, and most recently the Olympic coins that have their own cases.

The biggest box is full of coins from around the world.  Some of them were gifts, some I bought at airport currency exchanges, some from eBay, some I found in the dryer at College West, and a bunch I bought in handfuls from collectors shops as a kid.  None of these coins are particularly valuable by themselves, but as a collection they represent every region of the globe. 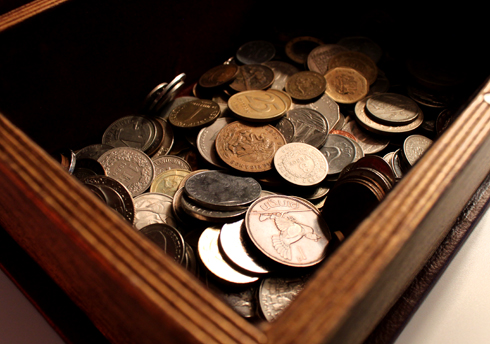 I don't really know why I started a coin collection so young, but I think collecting is in my blood.  As I started to learn more about geography and history, the idea of having something tangible to connect myself to those concepts became more appealing.  It's why I'm still adding to this collection to this day.

I like to think about the stories behind the random coins I find.  What was happening the year it was minted?  Why did they put this image on it?  How many people might have held it?  It's a bit ironic, but a box of currency from around the world has actually been one of the cheapest ways to experience it.

Here are a few of my favorite coins: 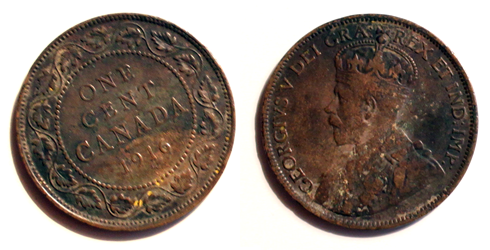 This penny is actually closer to the size of a modern Canadian quarter.  It was minted during WWI. 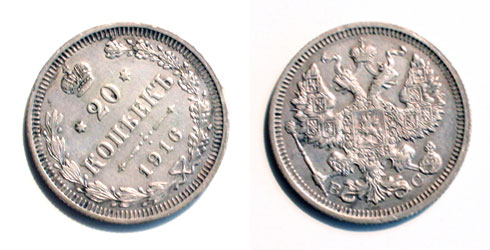 This coin features the emblem of Imperial Russia and the monarchy of Czar Nicholas II.  It was minted one year before the Russian Revolution would result in the formation of the USSR. 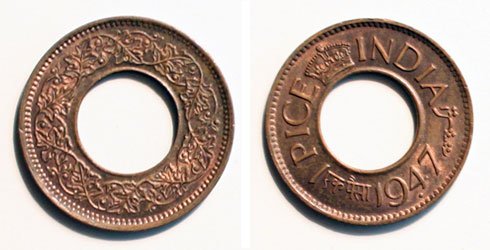 Some coins caught my attention just because they were so different.  This coin was minted in British India in 1947, the same year that India gained its independence. 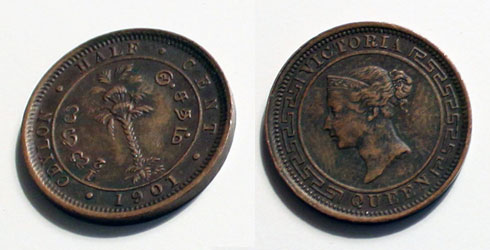 This is one of my oldest coins, now 110 years old.  Ceylon, now Sri Lanka, was under British rule and featured the portrait of Queen Victoria.  This was also the year she passed away.
Edited by Editing Luke @ 8:00 AM

Coins are a great way to delve into history, I have a minor obsession with them for that reason. Did you know that any 1947 Canadian coins with a tiny maple leaf beside the date were actually minted in 1948? Love that little factoid, and the reasons behind it.

I once had a coin... I spent it at Mcdonalds... :-( But really - I have a legitimate question. Are there any countries you don't have coins from? Also, whats your ultimate coin you would have if you could?

Theriaka - Those random tidbits of history are also why I find coins so fascinating. I always feel like there are a lot of stories behind the coins, which is also the fun in being a casual collector. The fact that my coins have all been circulated means that they've all been touched and used in the places they're from and then somehow found their way to Canada.

Angry Charlie - Yes there are lots of countries I don't have coins from - smaller African and Asian countries, random island nations, or historical countries that don't exist anymore (Austro-Hungarian empire, Nazi Germany, etc.) although I do have coins from Austira, Hungary, and lots from Germany (including the former east and west).

There aren't any specific coins that I've really been after as it's more about if I don't recognize it or I just think it looks cool. However, I do like coins from the British empire, Soviet Union, and old Canadian coins just because I'm interested in their history. The ultimate coins are always the ones that seem related to a significant event that happened in the place it was made that year.