Centre of the Galaxy

At the first sign of spring my friends and I used to take long walks around Wascana Lake.  The University of Regina was directly next to the giant lake and park that featured the Legislative Building on one side, downtown on the other, and a lot of nothing on the far end.

If you ventured out to the far end of the lake it meant that you'd have to abandon the paved paths.  This wasn't always ideal as the snow melted and the rough trails became deceiving patches of mud.  I ruined a few old pairs of shoes this way, but it was a small price to pay to reach the 'centre of the galaxy'. 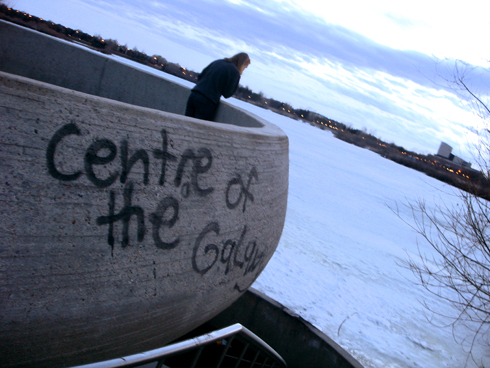 A concrete outlook perched on the edge of Wascana had been spray painted with this appropriate title, which my friend Daunean and I first stumbled upon in 2006.  More than just a clever name, the concrete bowl had natural acoustics.  If you stood in the centre of the bowl marked by the drain, anything you said was amplified into pitch perfect surround sound that only the person standing on that drain was able to hear.  If you stepped just outside of the centre it wouldn't work, and only one person could get the full effect at one time.

This novelty was made even more special by some of the best views in Regina.  Whether it was a cool fall evening or a warm spring afternoon, Wascana proved to be the ideal place to unwind and initiate long talks about nothing time and time again.  I guess you wouldn't really expect anything less from the centre of the galaxy though would you? 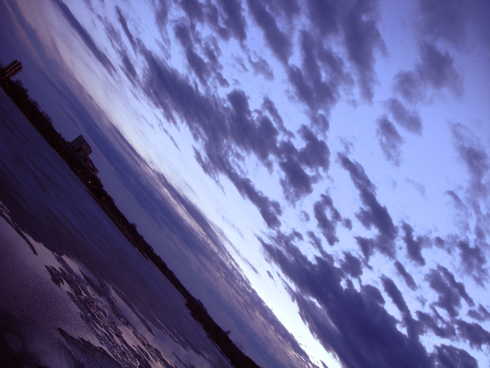 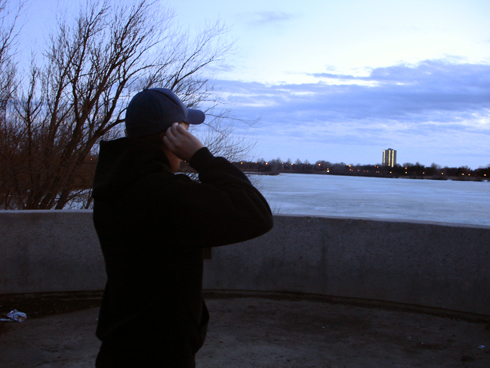 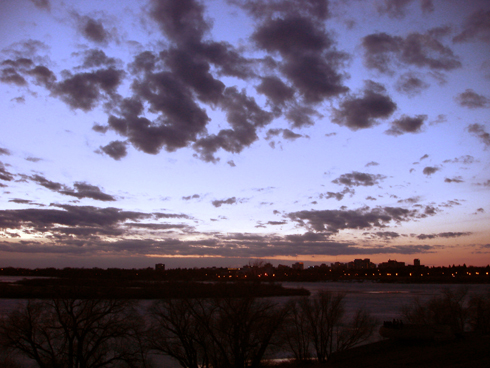 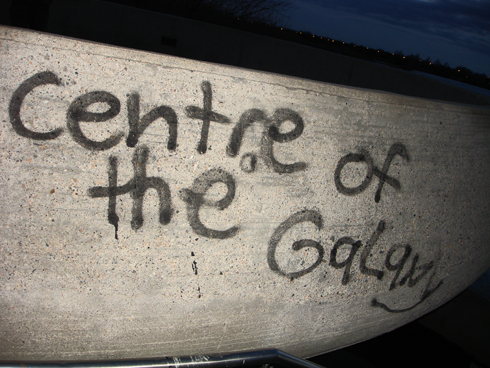