Filters can be the exclamation point to an edit or be the tipping point that unnecessarily complicates the finished product.  I've always been proud of the experimenting that I've done in trying to enhance the style and look of my work, and I've had a lot of fun in the process.

Vintage filters are particularly interesting to me.  I think my goal has been to pay homage to the style I wanted to recreate digitally, while still keeping in mind that fully achieving an aged look is best done by using aged equipment.  Keep that in mind. 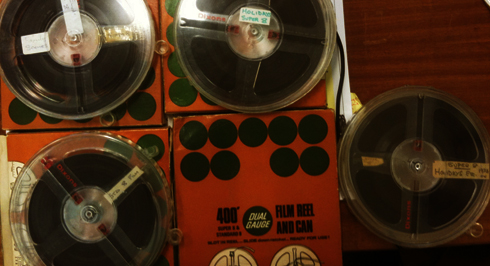 One of the early projects that I played with vintage filter effects was, Silent Shoppers.  I was in film school and wasn't experienced enough to fully escape the automated options of my software yet, but I did experiment with Photoshop to create a more uniform border around the video.  What I mean is that I wanted to recreate the look that a projector gives off by having it lighter in the centre and darker around the edges.  I created a frame in this style, reduced the opacity of it within my timeline, and then incorporated it into the digital 'old film' effects available.


I improved on this simple strategy when I created a short trailer to promote the project on my blog.


In another short, Siblings 2, I played around with creating a holga effect for the first time.  Holga cameras are cheap plastic toys that frame the edge of your images with a soft dark border that blurs out from the centre.  Mixing this style with some heavy handed color correction and tinting, I had a look that suited the nature of the comedy - the joke, by the way, makes more sense if you watch the first part HERE.


While I've followed up with a lot of random edits that play on various styles and formats, one of the most recent examples I've created was for my Newport Beach edit.  I was fascinated by some of the home videos that my parents had and how some of them gave the illusion that you were actually looking through a viewfinder.  By adjusting my borders and adding a softer glow, I heavily saturated a golden filter to enhance what might be a stereotypical California day at the beach.


Through all of these experiments the goal has been to create looks that are more dynamic than those pre-packaged with your software and that define a certain style both in my personal editing and in the period I might be inspired by at the time.  My vintage filters haven't been created to fool anyone that the footage was legit, instead it's been used as a nod to the viewer to make them draw the line between old and new - to give greater context to the theme.

The continuous borrowing and reinvention actually keeps things looking fresh and perhaps most importantly, broadens the scope of choice available in a digital medium.  I find experimenting has not only kept my editing sharp, but I also look at it as great inspiration for a wealth of projects that I've yet to make.