A modern construction marvel, the Hoover Dam is as much a tourist trap as everything else in the vicinity of Las Vegas. That's not to say that it's not incredible or worth the visit though. On our way out of Las Vegas, hoping to spice up the drive to California, we took an out of the way detour to the Nevada/Arizona border.

Sitting along the Colorado river, Hoover Dam bridges the border between Nevada and Arizona, giving you the chance to stand in two time-zones at once if you're in the middle of the dam. You'll notice in the pictures below that the one set of towers lists the Nevada time and the other lists the Arizona time.

The long and short of our visit was that it was a great view, crazy hot temperature, and incredibly busy due to the long weekend and everyone else having the same idea as we did. On a list of road trip attractions however, they don't come much bigger than this (that's what she said). 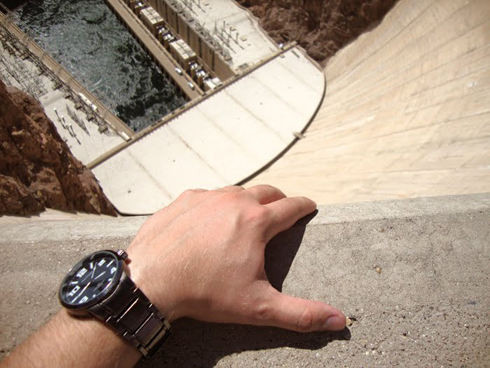 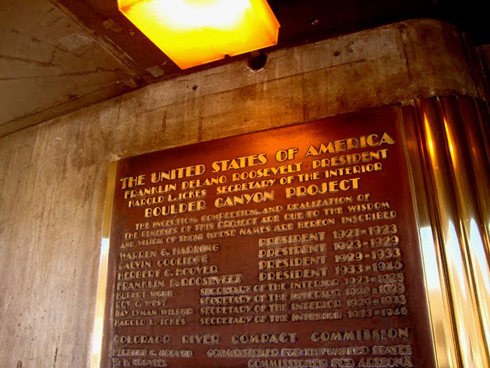 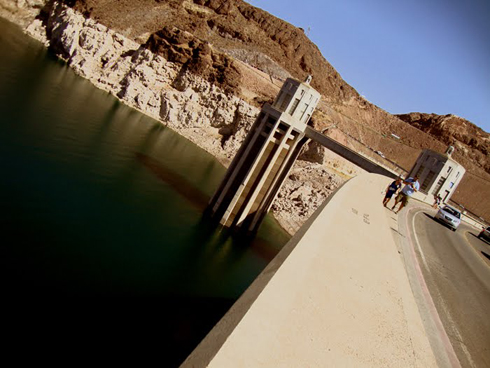 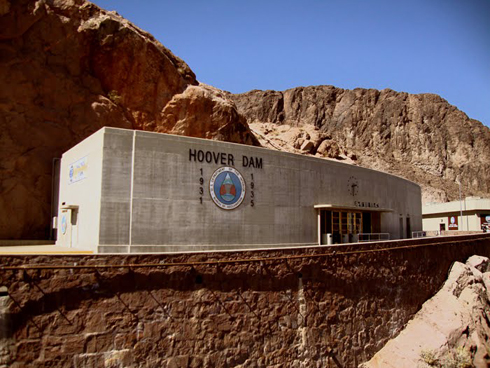 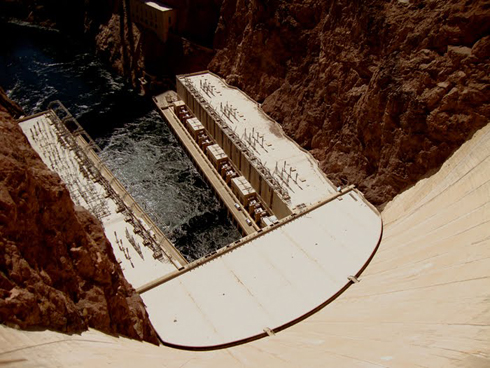 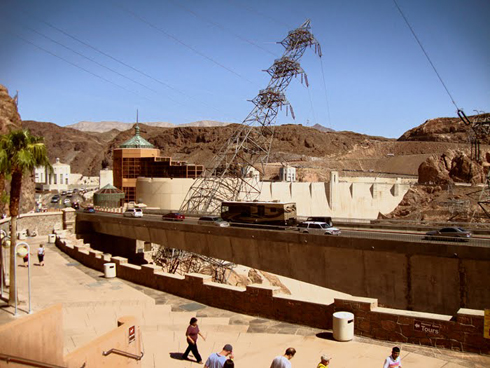 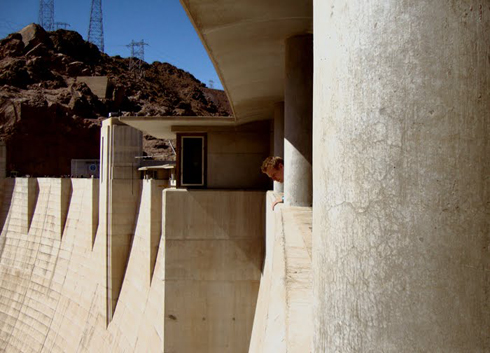 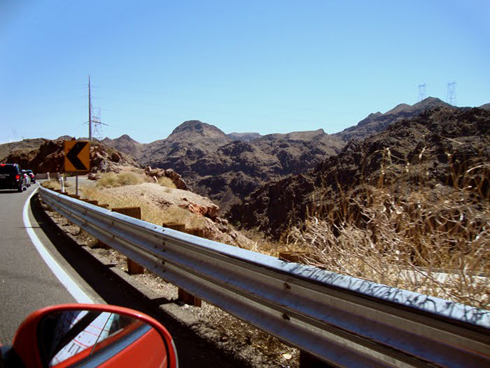 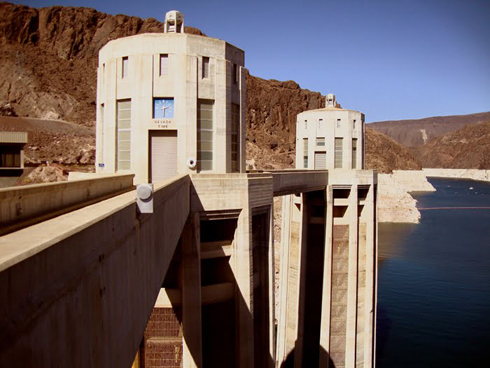 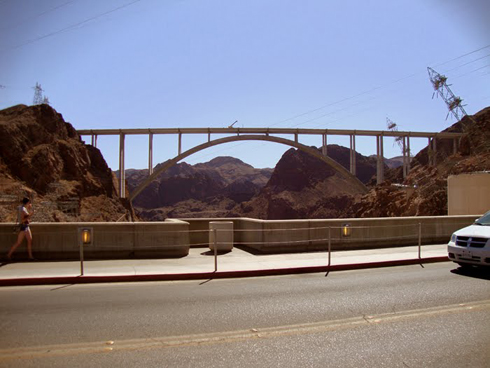 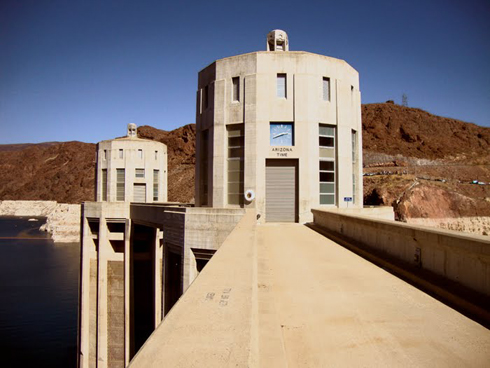 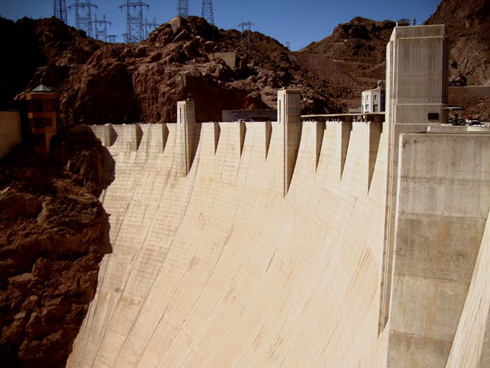 Built by the pilgrims. You forgot to add that factoid. Just throwing it out there.

It's surprisingly easy for somebody to just . . . fall over the edge. Maybe we should go there sometime . . . haha.