Another 12 months down and it looks like 2010 is going to be the year to beat!  There was so much to be thankful for in 2010 that it puts my optimism of previous years into an entirely different perspective - who knew you could pack this much awesome into a single year?

Not that I want to seem overtly in-your-face about my positivity, but I feel I'm due as this year I finally saw the tides change and the rewards flood in since film school wrapped in 2008.  If that last half of 2008 was about just recovering from student life, and 2009 was about stabalizing myself, than 2010 was clearly about launching myself forward - and what a launch it's been so far!

Here are a few of the key moments that made my 2010 a year to remember: 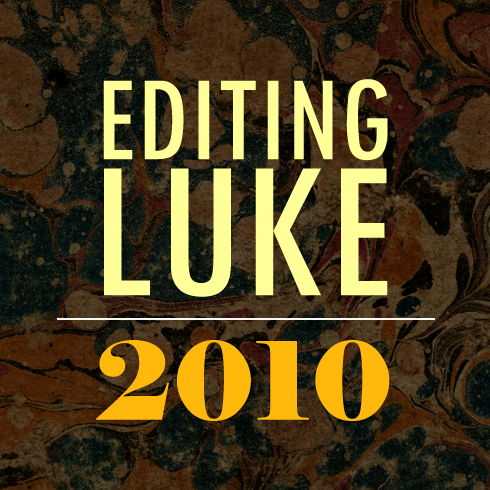 January 3, 2010 - I kicked off the year by launching a brand new portfolio site that categorized and showcased my entire video history.  The site, Editing Luke: The Portfolio was essentially a business card for those who wanted to know about me and my work.  Here was the first look.

January 2010 - I officially became the Web Media Content Creator for Weddingstar Inc. and cemented my role as in-house photographer and videographer for all of the original media content we produce.

March 2010 - Six months after returning from a cross-country road trip to California, I finally completed and began debuting all of the edits that I'd created for a personal travel project titled, Indio Outio.  You can see the first edit of the series below.

March 9, 2010 - After making the semi-finals in 2009 with my short The Geology Student, voting began in the Yobi.tv Filmmaking Contest with me in the Top 40.  The campaigning began.

April 9, 2010 - In what was one of the most surprising moments of the year, I had been asked in February if I was interested in going on a business trip to act as videographer.  The destination: Singapore!  Here's what I wrote on the day we left.

May 11, 2010 - Throughout the remainder of April I debuted some of the personal footage I shot in Singapore.  Here was the complete post of edits that went live when all was said and done.

May 30, 2010 - Weeks and weeks of voting and eliminations in the Yobi.tv Filmmaking Contest came to a conclusion when I took 2nd place, beating out 38 other filmmakers after making it to the final round.  In addition to a nice cash prize, the contest resulted in over 170,000 video views for my short the Geology Student.

June 10, 2010 - After 10 years of having my license, and 10 years of driving the infamous Buick (5 years of which I owned her) I finally had the means to upgrade.  Say it with me, Jaaaaguar. Dream come true! Here was my Requiem for a Buick. 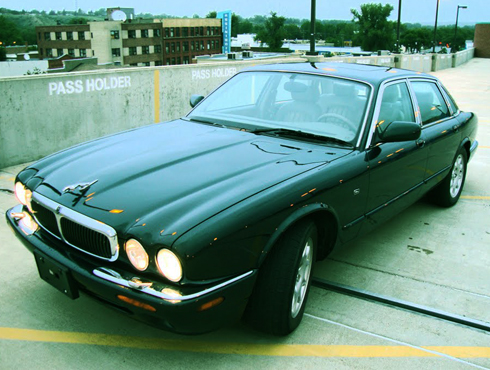 July 1, 2010 - To continue with the upgrades I traded a basement (one of the final shackles of my student life) for a spacious downtown apartment.  This was the move.

July 14, 2010 - I was contacted by a publishing company in Singapore who had seen the posts I'd written accompanying my Singapore edits.  They wanted to use one of my posts for their English textbooks. Read more about it here.

July 27, 2010 - In what was one of my favorite video shoots of the year, I went to Calgary to film behind-the-scenes of a Weddingstar magazine photo shoot.  The edits debuted with the launch of the new magazine in December.

August 20, 2010 - One of the biggest milestones of my year, the combined views of my online videos finally surpassed the once seemingly unattainable 1,000,000.

September 2, 2010 - Inspired by the 2009 trip, my friend Dave and I decided to do another California road trip.  This time we'd extend the journey to 12 days and take an alternate route home, heading up the Pacific Coast Highway to San Francisco.  Here's what I wrote before leaving.


October 2, 2010 - After our whirlwind trip of the Western USA had wrapped I took the thousands of photographs that I'd shot and edited them down into a glossy bound photo book. You can view the entire book online for free.

From Salt Lake City, Las Vegas, the Hoover Dam, Palm Springs, Joshua Tree, Hollywood, Long Beach, the Salton Sea, Los Angeles, the Pacific Coast Highway, San Francisco and the Golden Gate Bridge, Reno and through the Rocky Mountains - there was a lot to see and share.  Photo collections have continued to pop up on Editing Luke throughout these last months of 2010.  You can see samples by viewing the Road Trip 2010 tag. 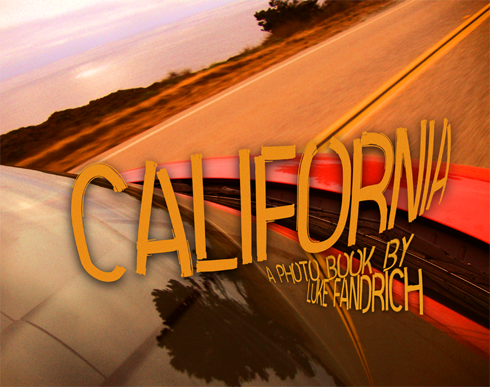 October 21, 2010 - With a summer of contract edits complete with Stream Media, we all received some good news.

November 13, 2010 - My friend Tyler visited for the weekend and we retraced our steps from We Two Kings, the holiday short we shot in 2009.

November 18, 2010 - I was contacted by the University of Regina regarding some photo collages I had created and posted on YouTube.  They featured them on the brand new U of R blog. This was followed up several weeks later with a feature of We Two Kings in December.

December 16, 2010 - With my loft finally settled and completely furnished, I went all out to deck the halls for the holidays.

December 20, 2010 - This marked the 3rd time in 2010 that one of my shorts made it into the preliminary voting rounds of the Yobi.tv Film Contest, despite the fact that I hadn't promoted any new projects there since my 2nd place win.

December 22, 2010 - Without a new Christmas edit this year, I opted to remix a time lapse I made while in the dorms at film school - Dorm Xmas Tree Remix.

December 31, 2010 - My year will close out with a final automatic payment that will see my first student loan from film school completely repaid.  I still have some work to do in paying down the remaining student debt, but the symbolism of ending the year this way can't go unnoticed.  I'll be starting 2011 with my best foot forward.

Happy 2011 Luke...looks like there is Indio activity being planned for this sun circling as well, admittedly, but mysteriously its plans, [at least trip #1/the spring season round] seem to be yielding/shaping around this woman and her unborn fetus I know of :)

No question there's going to be a big change of pace for you guys in 2011 :) I look forward to meeting up in the new year!

Nice post Luke! You've had a great and successful year. I'll be wishing you an equally or more successful 2011!!!

And the same to you, Wendy!