I first want to make it abundantly clear that this is not the corporate production company that I work for, haha. This video is in fact produced by a real company offering video services, and from their technical expertise I think it's clear why this video went viral.

This is just further proof that making movies isn't easy. Although the silver lining to this story is that this couple has gained millions of views and a lot of attention by mastering the 'so bad it's good' formula. Truth be told, I love this - and I can't be too harsh, as they've actually found a successful way to get a million views on this video alone. If I were actually making a feature film, I'd jump at the opportunity to have these folks in one of my mockumentaries. They're hilarious. 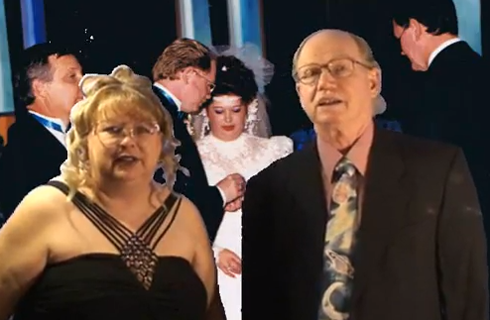 Just saw your site for the first time, having a look around.

Holy crap! Fred and Sharon are geniuses! Thanks for introducing me to them,

Hey good videos really do effect on your business, as a good advertisement or an eye catching video clip can help alot in business. get good promotional videos at an affordable price.
DreamSpace Productions

I am agreed with your posting. But there are few companies that provides best services instead of all.
Video Creation Service