Back in December 2001 I made this short film to share with family and friends at Christmas. I was in grade 12, I had been editing on the computer with very limited skills for about a year, and because of a communication technology class most of my productions from 2001 had been stop motion.
For the last 5 years I assumed I had lost this project for good. I had no record of the footage or the location of the finished film, and I didn't get too hung up about it because I assumed the project was just a waste anyway. Then just recently on a nostalgia kick I found an old CD and on it was an .mpeg of Clumsy Claus. 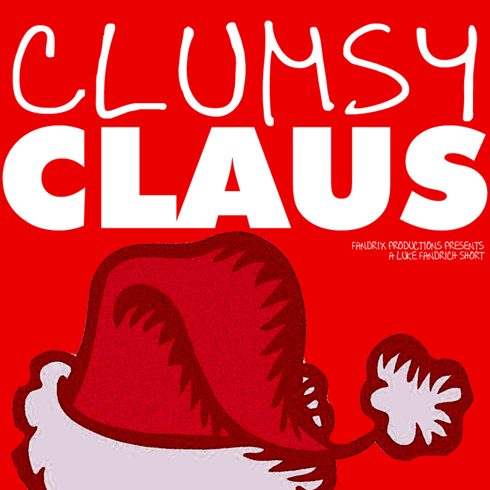 It's funny because the CD was clearly from 2001, and despite all the work that went into the project at the time, this little 40mb file was all I had to show for that entire memory. I hadn't seen the project in years, and suddenly after seeing it again I realized it wasn't nearly as awful as I thought it was. In fact, I found myself so excited to see it again that I felt it was worthy of a bit of restoration.

The movie itself is essentially the same, I just tightened up what I could and improved the quality of the credits; both of which I had little control of on my basic editing software back then. We didn't even have a DVD drive yet to back things up. 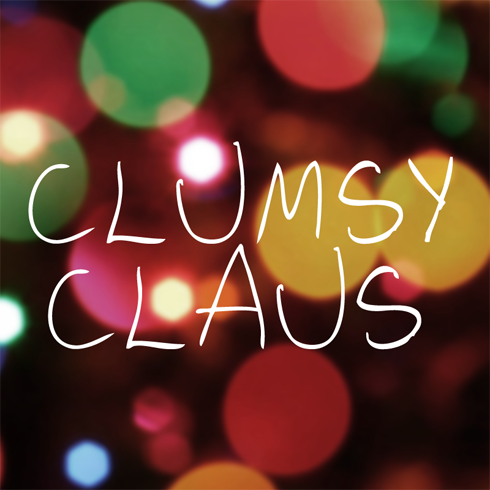 The memory of making the project is a flashback to a different mindset. I made it before I went to university, before YouTube existed and when downloadable music and home editing was just starting to thrive. The idea of having a blog or uploading my videos to the Internet seemed incredibly complicated and expensive, and I made projects knowing full well that maybe only 10 to 20 people would see them.

In the case of Clumsy Claus, I was 17 and I wanted to make a Christmas movie. I'm just happy that after all these years, a bit of new technology, and the fact that I'm still interested in making movies, I'm able to share this project in a way that seemed so far off when it was originally created.

Haha, funny little video man. I remember wanting to make stop-action movies all the time when my family got its first crappy camcorder, but I never had the patience for anything more than 30 seconds long -- and even those were a pain in the ass!

Is there gonna be a sequel this year?

A sequel would be fun, but more likely if I was to make a new stop motion project I'd come up with a new concept and try and improve on my basic animating.

Awww, cool vid. Makes me all nostalgic for melthing snowmen and Spider-Man videos. But really, quite impressive, with a bit more polishing, you might be able to get to '4th Year Film Project" level, which I KNOW you will be happy with. Well done, good sir!

I wish I had some of my projects from that animation class we took together Tyler. I made a grandpa claymation that was never seen! You made spiderman action figures do inappropriate things to eachother . . . oh, memories :)

That was funny and awesome. Looks like you had fun making it too!

Just thought I'd mention that on your portfolio, my favorite feature is being able to glide over many of your short films, look for an interesting title / banner, then click and watch it. There is so much of your work I didn't realize was out there!

You have quite an extensive line of work! Ha, have you not done any short films in the past few years? I know that's where I started too.. but with stick animation, don't think I'd go back, takes a lot of time...

Thanks, Alex! The last narrative short film I made was We Two Kings for Christmas last year. All the edits for 2010 have been mainly travel or promotional videos otherwise. But the editing has actually increased tremendously this year, it's just that I'm editing for clients now so the narrative projects hit the back burner.

Ahhhh, in that case, yes there haven't been any recent animations. I did some in film school as part of an animation class, but the last project that I made for my own sake was Sitting Bull (2003).