If you have a few minutes you have to check out these game show bloopers. There's nothing quite like a few retro game show clips to make you laugh out loud. My personal favorites are from the Newlywed Game.

Last Christmas, as part of a gag gift, I received a cheesy sci-fi flick from the 1950's. It was one of those movies that you find on an end cap at Walmart for 1.99. It doesn't even come with a case, just a cardboard sleeve, but I remember when I opened it I said 'Maybe someday I'll make a found footage film with this'. 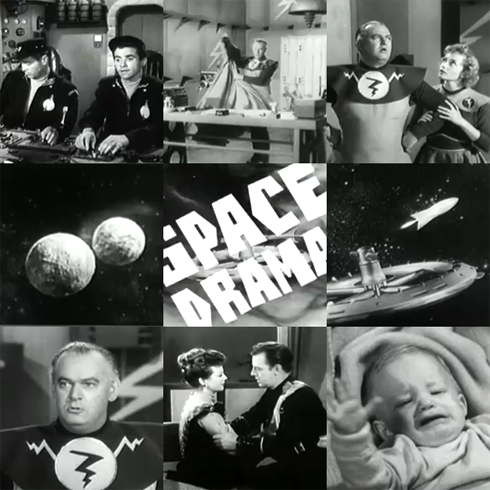 So in the mood to edit last night, I captured the DVD directly from the DVD player onto my camera, which is a nice feature considering your mainstream DVD would be copy-protected. I put the footage on my computer and I started playing.

Before I knew it 5 hours had passed and by re-organizing the footage, recording some narration, and adding some sound effects, I had come up with something original from something found. An edit that was actually pretty fun to boot!

The last found footage film I made, The Other Time Machine, was for an experimental film class in 2006. Just like when I made that one, I found this edit to be so much fun because I was creating my own story and concept while using footage that I wouldn't be able to shoot myself. Space Drama! as I call this one, is a spin on the TV movie trailers and recaps from the 50's where the narrator talks you through the plot. I think it turned out fairly well, and to let you in on how much I changed things, the people I made bad guys were actually good guys, the real bad guys don't appear in my version, I faked the relationships, and didn't get into the real conflict of two planets at odds with each other, and their impending destruction because of a rogue queen.

Yeah, it's some crazy stuff! I don't think it's too much of a stretch to say that because I had so much fun this time, that I'll probably go find some 'new' old movies and shows to edit into some more quirky videos. Now ladies and gentlemen, enjoy some Space Drama!

Balancing your personal life and your online persona is something that I'm still learning how to do. The goal is to be open and honest, yet it's tough not to be guarded knowing that anyone can check in. I want to experiment with a wide range of projects, and at the same time maintain a certain expectation to keep people coming back. I want to be myself AND I want to enjoy the anonymity of being behind my work - although this is almost impossible seeing that the promotion of myself is key to me succeeding.

This short video, I'm Luke I'm Fandrix, was made months ago and then recently updated to include some of my newer shorts and experiments. It's a brief description of how my channel and blog came to be and a preview of some of the work that has been posted here in the last year. I guess this video was my first attempt at showcasing myself to my YouTube and blog viewers, in the sense that I was actually establishing the context of my posts and uploads as an aspiring editor and former film student. It hasn't been a secret that I've been in a lot of my own work for this very purpose, but until this video I hadn't really up and said (for the sake of people who don't know me) that I am actually 'that guy' in my movies.

I have edited and re-edit some of the footage I have shot over the years numerous times. The most revamped edits being my travel videos. It seems a little time passes and you get a new idea of how you could portray something. Your idea of the trip changes, or your skills improve, or you notice a shot that you never used and it sparks a new idea.

One of my first posts on this blog was about my video postcards, and as of today I have officially re-edited all of the videos that had originally been in that early post. For nostalgic reasons, I left the original South Dakota road trip edit that I made over a year ago uploaded, and thought it would be nice to pair it with the new one. The idea isn't ever to replace those old edits, but refine them. You'll find a lot of the same shots are used again, but the mood is different. That's the thing about traveling, you can take as many pictures and shoot as much video as you want, but it's near impossible to recreate all the excitement, frustration, wonder, joy, anxiety, etc. that you experience while there.

You can decide for yourself what you think of these two edits. I've said it before, but all of my travel footage serves as material for editing exercises simply because there's so much of it. I don't see that changing any time soon, but for now, enjoy the new edit of my 2007 South Dakota road trip as well as the original edit made last year.

I just wanted to pass on some great news that I received today. A couple months ago I submitted my short film Give it Time to the Youngcuts Festival. You may remember that Give it Time was a short I originally made for the Sasktel Video Competition in November of last year.

In the Sasktel competition I put all my efforts into promoting my film the Gizmo Tree, which turned out to be the right thing to do as it won 2nd place. However, I was left feeling like my other entry, Give it Time, despite being in the Top 10 of that contest also, hadn't reached its potential.

Today I received the email saying that Give it Time has been accepted to the 2008 Youngcuts International Festival taking place in Montreal, QC next month. It's an accomplishment I feel excellent about as I've submitted to the festival over the last 4 years, and have only had Keys to Existence be accepted at the 2005 festival in Toronto.

Give it Time is now one of the Top 100 films out of (what they said was) nearly 1000 submissions. It really makes no difference to me if it wins in its 'Best Short Film' category, as i'm just so thrilled that it'll be playing to such a large and diverse crowd.

You can check out Give it Time below:
Edited by Editing Luke @ 12:18 AM No comments :

I Met The Walrus

This short film, I Met The Walrus was nominated last year for Best Animated Short at the Oscars. You can finally see the full 5 minute film on YouTube, and it's absolutely worth it. The animation and story behind the film is so cool. Speaking of which, here's the back story:

'In 1969, a 14-year-old Beatle fanatic named Jerry Levitan, armed with a reel-to-reel tape deck, snuck into John Lennon's hotel room in Toronto and convinced John to do an interview about peace. 38 years later, Jerry has produced a film about it. Using the original interview recording as the soundtrack, director Josh Raskin has woven a visual narrative which tenderly romances Lennon's every word in a cascading flood of multipronged animation. Raskin marries the terrifyingly genius pen work of James Braithwaite with masterful digital illustration by Alex Kurina, resulting in a spell-binding vessel for Lennon's boundless wit, and timeless message'.

I was tagged through my YouTube channel to say 5 random things that I've never done, and then respond with 1 thing that I have done that the person who tagged me said they hadn't. There's obviously a lot more than 5 things that I haven't done, but this was my response.

I'm about to head back to Regina this weekend for the first time since leaving university a few months ago. It should be a good time, but I figured it would be fitting to post the short film I made a couple summers ago, Educated Detours. The project was about life after school and treasure hunting in Saskatchewan! I went into a bit more detail when I first posted this movie, but the full project can be screened below. There's also a trailer if you want a brief overview. 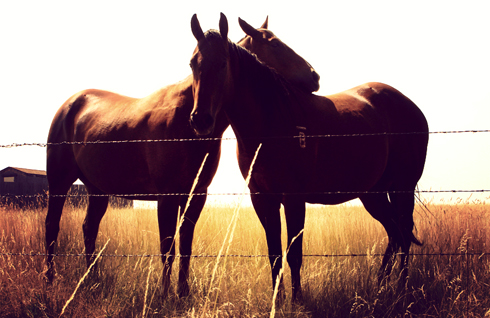 Where the Hell is Matt?

This is the latest (2008) version of the popular 'Where the Hell is Matt' series of viral videos. You've probably received one or two of these vids of Matt dancing all over the world in an email before, but this one was my favourite. It's just one of those videos that puts you in a good mood, and makes you wish you could travel to all those places too. Enjoy!

As much as watching the fireworks has become a tradition over the years, so has making an edit of them. Here are a couple of my videos from past Canada Days. Enjoy the holiday Canucks! 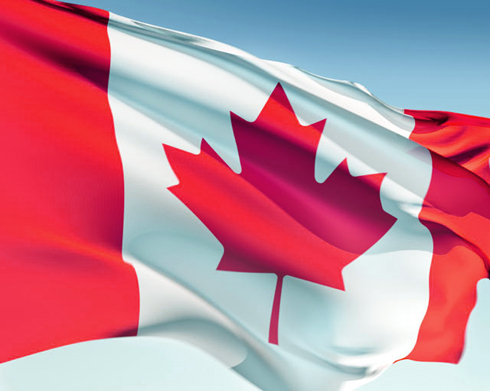