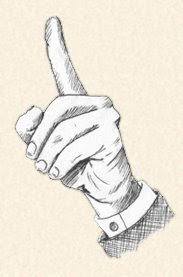 So why is it that if you're a creative person you're not supposed to enjoy the mainstream? This debate has been ongoing since my early university days, and I still don't understand this artistic shunning by artistic types. I mean it's one thing if you have no cultural perspective of what's out there, that's just being ignorant or clueless, but if you are aware of popular culture and then decide to hate it simply because it's popular culture . . . what? why do that?

What inpsired this discussion today was a visit to my facebook site where I found myself comparing my movie ratings on flickster to other people I knew. For the most part there were subtle variations in ratings (obviously we can't all like the same things) but then there were a select few people, other film types, who liked almost no popular films!

Okay, so to each his own, but are these people being honest or just trying to make a statement? 'You can't possibly hate all those movies' I thought, the only common factor when you rate all the movies listed badly is that they're considered popular. Why should that be such a turn off? Personally, my own critical view of film has always been from the glass half full camp. I generally love most movies, indies to blockbusters, foriegn to student, romance to action, I watch and own the spectrum. It seems wise to me, especially if you're in a creative field to try and educate yourself by seeing what people are putting out there. Especially when it comes to things that lots of other people are paying to experience.

It is true that some films are over produced products to be consumed, but generally, there's still something to be appreciated in these films. Let's look at this from a musical perspective. The Beatles were huge, the mainstream, the pulse of the 1960's, and at the same time were injecting brilliant writing, composition and style into the culture. If you were to disregard their impact, you wouldn't just be disregarding what the Beatles were, you'd be disregarding a culture of influence that has spanned decades and inspired countless other musicians. In the same light, to disregard big budget films (in some respects) is to disregard the advancement of the industry and the climax of what artists are feeding off of today.

This isn't about being brainwashed and not thinking for yourself, it's about enjoying the things that are so easily available to be enjoyed. The one argument that drives me crazy is other filmmakers saying they haven't seen and won't see Titanic. Now put aside any ill-will you may hold yourself and consider this. If you were working to become a better filmmaker and someone said they had the highest grossing film in all of cinematic history for you to watch, wouldn't you be the least bit curious to see why it did so well? It's not a matter of being forced to like it, it's a matter of being open enough to say that it's in my best interest to absorb as much of what others create to make me more aware of my own contributions. And, with something as big, as successful and as rare as a film like Titanic, who are you really proving things to by not seeing it. You're only putting yourself more out of the loop. Some movies are just a right of passage, I mean who wouldn't want to see Star Wars just for the sake of seeing the inspiration for all the parodies?

I really don't get some people, but I guess we all do what suites are own personalities. I think I'm taking more of the American Beauty (1999) approach, "there's just so much beauty in the world. Sometimes I feel like I'm seeing it all at once, and it's too much, my heart fills up like a balloon that's about to burst... And then I remember to relax, and stop trying to hold on to it, and then it flows through me like rain and I can't feel anything but gratitude for every single moment of my stupid little life".

There's just so much creativity to appreciate, I don't see the justice in denying anything simply because other people like it . . . be it one person or a million. Wise up artsy folk! For the rest of us, let's get back to enjoying :)
Edited by Editing Luke @ 4:01 PM

Well said, Luke. I have to admit that I have 'Titanic' in my DVD collection, but it's not as visibly displayed as 'American Beauty'. I can range in loving movies like 'Sixteen Candles' right through to 'The Deer Hunter' and often suspect that the old chestnuts (ie Citizen Kane) that film snobs say are the best are selected by everyone else because they think they have to have artistic cred as well.

I suppose we all have those films that we think we 'should' like and then the films we actually do. I'm happier believing, and it's probably for my own production sake, that people are actually easier to please then they sometimes admit to. Like the artsy folk say they won't watch Titanic, but in the privacy of their homes curl up to watch White Chicks, haha. We shouldn't feel guilty about 'guilty' pleasures, it just goes to show that there's obviously something working there to have so many people want to watch some of these things.

I couldn't agree with you more, I have blogged on it and it was my biggest peeve about film school. I would lose my mind when people (students and profs) are bashing the newest James Bond movie cause the lighting was off or the acting was bad. All I could think was "there is no one in this room that could pull off what they did and you have the right to disrespect it?!" Meanwhile the same person would make something that makes no sense to anyone but themselves and they defend it to the bitter end despite things out of focus and with bad exposures.I also hate to say it but when it came to film school, it felt like a lot of people just used excuses and made terrible things using "art" as a cop out rather than pushing themselves to do better and apply learning and skill. The art film has it place and is a great way to learn but you have to apply that learning and skill to make something larger, bigger or better and that should always be your goal no matter what your genre is yet very few art films push the limits of film making. I think a lot of people are fooling themselves into believing that they are "different" when they are all the same. I referred to these as the "Art F**K$" who do things cause they think they are cool and it makes their pathetic existence better than others yet be the first to yell hypocritical, follower when they have done the same thing on a different path.

Sorry for the hatred but it is my thing and you could ask my closest friends about my passion on this subject they'd tell you its true.

In lighter news I have seen Titanic and hated it however American Beauty is killer and Transformers may be the greatest movie ever made. Also my daughter is named from The Matrix. I'm a dork but at least I admit it.

I'm glad you feel strongly about it too Emery. Some people forget that cinema is often called the entertainment industry, and that it's okay to be entertained by it. And coming back around to my whole point, even the entertaining flicks are making statements and saying something about art, if not creating it themselves.