As of this morning i now have 2 videos uploaded into the Sasktel Cell-ebrities competition, where if you remember my previous posts about it, the grand prize winner gets $5,000!! What makes this right up my alley is that it's a video competition where you can do almost anything you want in regards to a cell phone themed video. 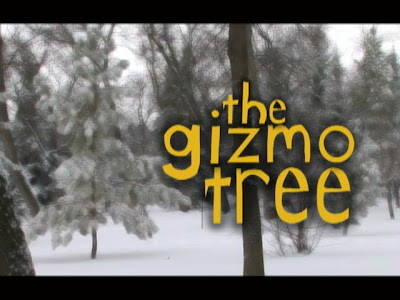 My first video 'Give it Time' was a sketch/commercial concept, but my 2nd submission, 'The Gizmo Tree' can be described as my narrative/mainstream entry. I think both short films have a different appeal, which was my goal in making two submissions. 'Give it Time' is a semi-experimental comedy and 'The Gizmo Tree' is my mainstream comedy piece. The deadline for submissions is less than 2 weeks away, at which time 10 finalists will be selected. Like i mentioned in my other posts, i could really use the money to help pay for school. Combating my debt is a huge incentive. 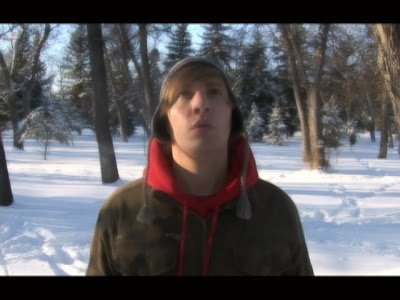 This latest film was shot on Sunday and partly yesterday afternoon. My friend Tyler helped me out with some of my initial scenes, but I'm proud to say that both my films have been largely independent endeavours. 'Give it Time' was obviously easier to do, but the entire second half of 'Gizmo Tree' was done completely solo. Keep in mind i have no crew or budget, so the fact that i starred in, wrote, directed and edited both of my projects should show just how committed i am.

In any case, the link below will take you directly to my video where you can view it and rate it. Be kind, it's nearly Christmas! haha.

Thanks for checking it out!
Edited by Editing Luke @ 6:32 AM