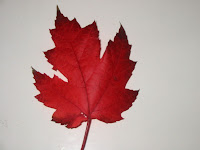 Well, it's now been one month that I've been keeping this blog. If you've visited regularly you'll have noticed that the look has been changing quite a bit, but maybe I'll settle on something eventually. The best part of all though is that Editing Luke has actually done what I hoped it would in motivating me. The Buick to the Future short films were half inspired by the desire to share new work on here, and with over 1400 hits to the site in June, and well over 1000 combined views of the videos I've posted, I'd say things are off to a good start. Plus, with a host of comments posted and sent through email it's been great for getting feedback and staying in touch. Needless to say, I look forward to further developing the content on this blog and sharing it with you. Thanks for checking in.Also, Happy Canada Day! Which in my view has always been about relaxing and fireworks. Especially, fireworks. For the first time I'm in Regina for the summer, catching up by taking some electives in summer school. It's been interesting not being at home, but overall it hasn't been overly different. It's just like an extended April or September that I'd experience during the school year. I'm looking forward to seeing what the fireworks will be like here though.

Back in Medicine Hat, Alberta I'd be sitting across from the giant teepee (it sounds weird if you don't know it, but it's the largest in the world!) and watching the fireworks shoot up over the valley. Here I'll be somewhere around Wascana Lake to see them go up around the Legislative Building.

My plan is to video tape the fireworks and put them into a short video that I'll share in this post later, but for now, I'll share a video that I filmed back in the Hat in 2004. This firework display has to be one of the best the city has ever put on, and with a population of only 60,000 people it had surpassed my expectations completely (I remember 2005 and 2006 weren't as good). Anyway, I've artsied it up a bit and made it a bit more energetic, but enjoy the display (on video and in person tonight) and check back to see how Regina compares.

This portion of the post has obviously been added after the fireworks tonight, because here they are . . . kind of. What can I say about the Regina fireworks? They had their moments, it was relatively exciting, and it was nice to be in the company of so many other people. They weren't quite as spectacular as I'd hoped though (see the Med Hat Fireworks vid above and you'll see the expectations I was hoping to surpass).

Still, I don't really have any complaints as I had a good time anyway. I decided to do something different with this video though seeing as the display wasn't quite as grand. When shooting fireworks (which has actually happened quite a few times over the years) I like to zoom in and blur some of the fireworks to create a neat colour and light effect. I thought it would be neat to play with this with the Regina footage to create a firework kaleidoscope of sorts. Or maybe it's more cosmic looking. It was an interesting enough experiment, and I'm happy with the results. What do you think?

Canada day is about fireworks! No matter where you are as long as you go to them you'll see something that amazes you. All over the world it astonishes me the sheer numbers that show up for something so trivial and that they will be favorite memories for some.

well who doesn't like to watch legitimate, colourful explosions over the city? it's better than those illegitimate ones . . .